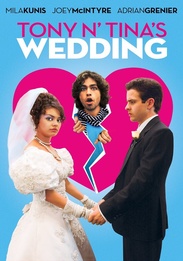 A funny, satirical look inside the madness of weddings and family dynamics, Tony N' Tina's Wedding is the much-anticipated movie adaptation of the second-longest-running (and still running) Off Broadway show of all time.

Rated R for language including sexual references, and some drug use.