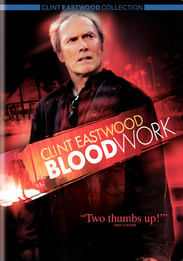 Terry McCaleb (Eastwood) is a retired FBI Profiler who just had a heart transplant when Ms. Rivers (De Jesus) comes to him for help. She wants McCaleb to track down her sister's murderer. Even though he wants to spend his retirement on his boat, the profiler has a little gratitude for Rivers since his heart donor was her dead sister. What was thought to be an isolated murder turns out to be the work of a serial killer McCaleb has been tracking for years.