On Sept. 23, 2007, there was a convergence of two geek loves. On this date Fox broadcast the "Blue Harvest" episode of their hit animated comedy Family Guy. On Jan. 15, 2008, this landmark event will be available to own on DVD.

The Blue Harvest episode was creator Seth MacFarlane's parody/homage to Star Wars, the 1977 seminal film by George Lucas. The episode has patriarch Peter Griffin retelling the story of A New Hope with family members and series regulars in the principal roles.

The DVD will include over four minutes of extra material as well as bleep-free, uncensored audio. Family Guy Presents Blue Harvest will also be available in a special edition set (shown below) that includes a 3D fight scene, t-shirt, trading cards, and more. Below is a run-down of each edition's bonus features.

I would be remiss if I didn't mention that Robot Chicken did an entire-episode Star Wars parody first -- and arguably better. This fact is even cited in hilarious style by Chris Griffin (voiced by RC co-creator Seth Green) at the end of Blue Harvest.

No word yet on the inevitable DVD release of Robot Chicken: Star Wars. You can sign up to be notified via email when this eventually announced.

For the not-so-nerdy, Blue Harvest was the code name given to Return of the Jedi during that film's production in the early '80s. 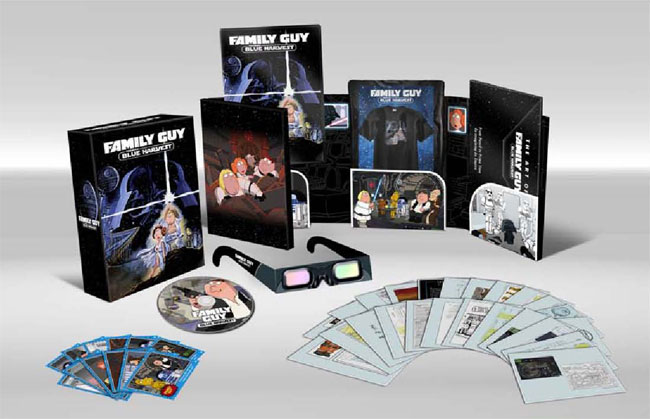 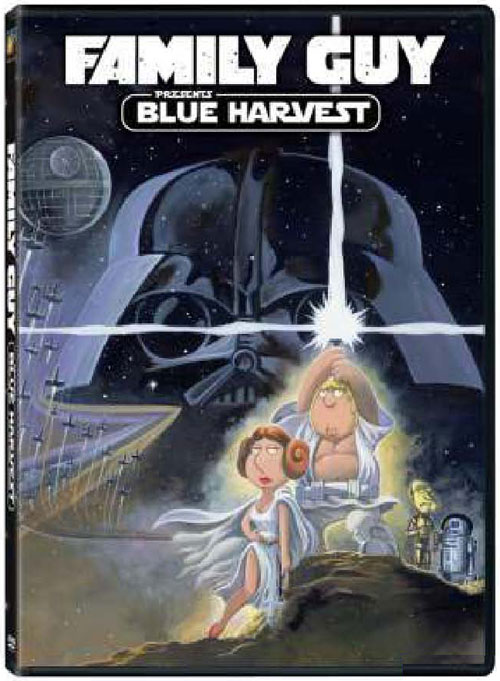