Despite once being a comic book aficionado, I never was a Watchmen fan. However, I know lots of you cats are eagerly anticipating the Mar. 6 release of the live-action movie.

To capitalize satisfy fan demand, Warner Bros. is coming out with two big direct-to-video releases. The first is Watchmen: The Complete Motion Comic. It'll be out on DVD and Blu-ray just days before the big movie opens.

The second release, Watchmen: Tales of the Black Freighter, is an animated feature. It'll be available on March 24. It also contains a live-action pseudo-documentary called Under the Hood.

Both releases include segments exclusive to their Blu-ray releases. The motion comic even includes movie cash so you can see the film.

The release of Black Freighter reminds me of the Animatrix marketing tactic WB used in advanced of The Matrix Reloaded.

Below are both announcement sheets from Warner. 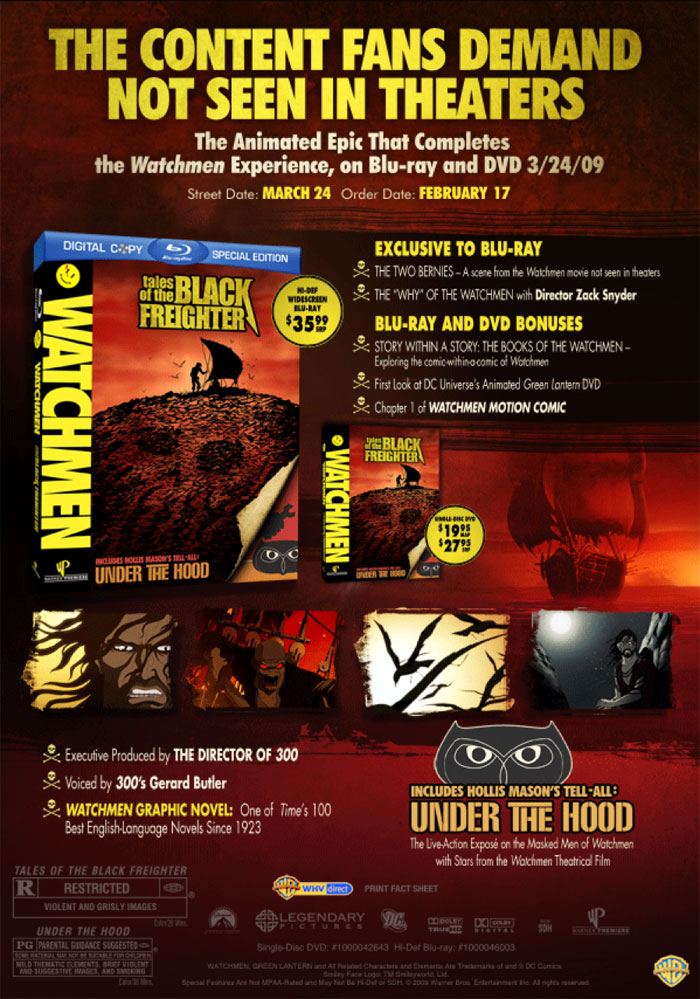 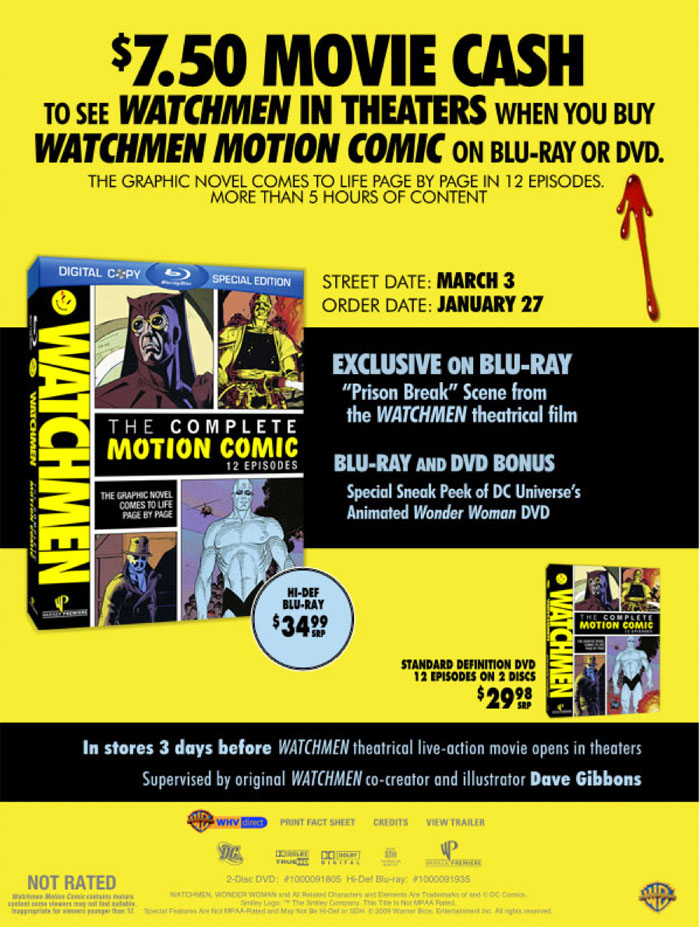