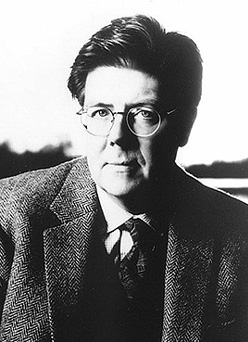 Various internet sites are reporting that director John Hughes has died in New York at the age of 59. Reportedly, he suffered a heart attack during a morning walk.

Wow, John Hughes. That's a name that really hits home with me as I close in on 35. Having been born in 1974, I was really a child of '80s and during this time, John Hughes was a movie god.

And that's just the highlights of the movies he directed. He was equally, if not more, successful as a writer. Having also written Pretty in Pink, Mr. Mom, National Lampoon's Vacation, Christmas Vacation and Home Alone in addition to the movies above. That's a heck of a career.

That's my childhood in a nutshell. And I know that I'm not alone.

The last movie he directed was 1991's Curly Sue and while it's almost been 20 years since he had stepped behind a camera, I would put him right up there with Steven Spielberg, George Lucas and Kevin Smith as having the biggest influences on me being right where I am today.

He helped to shape a whole generation and introduced the world to the brat pack. The waves of his influence continue to be felt in film today and will continue past his death for many years.

You will be missed sir.