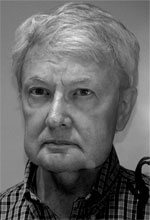 I make a point each year of sharing Roger Ebert's annual picks. Despite losing his speaking voice in 2006, he remains the most respected film critic working today. Not only that, but he's also not afraid to choose films that may not be consensus faves.

Ebert's top 10 for 2010 -- yes, he ranked them in order this year -- is a great mix of critical darlings and lesser known films. In addition he has a "second ten best," movies that didn't make the cut but deserve recognition.

Below are both lists. Mr. Ebert has a decent-sized review of each film on the Chicago Sun-Times website.

Of these 20, I'm ashamed to say I've only watched one of these films. (No, I haven't seen Inception yet.) I can corroborate Winter's Bone. It's a powerful film with tremendous performances from Jennifer Lawrence and John Hawkes. It's a sleeper of a movie I highly recommend.