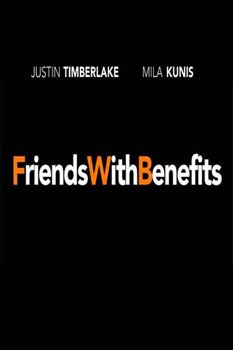 Usually for our "Double Wide Trailers" features, we choose a remake and compare the newly minted trailer with the original movie's trailer and compare and contrast. This time, however, we're going to take two movies released the same year.

Why? Because we're pretty sure it's simply the same movie that was shot concurrently with Black Swan. In fact, it's like art imitating art in a way as both Natalie Portman and Mila Kunis competed against one another for the same role in Black Swan and now they are competing for our laughs in No Strings Attached and Friends with Benefits, respectively.

Both movies could have the same synopsis, platonic friends start having sex with one another with the promise to forgo the usual trappings of a traditional relationship, only to start developing true feelings for one another. The sex becomes complicated, but lo and behold, the world's lamest spoiler alert, they realize that they are meant to be together and their little experiment ends with both couples living happily ever after, in a committed relationship.

I must admit that I haven't seen No Strings Attached, despite my border-line stalker feelings towards Natalie Portman and I have no foreknowledge of Friends with Benefits, but it doesn't take a rocket scientist to figure out how both of these movies will end. It's a tale as old as time and people enjoy a good happy ending. The prince must always kiss his princess, at least in these type of movies.

But, I'll get off my little soapbox about commercial Hollywood and get to the real meat of this piece, the trailers themselves. First, if you've forgotten the No Strings Attached trailer, you can read my piece or simply peep the embedded trailer below.

After you've watched that, experience a horrible case of deja vu and watch the newly minted trailer for Friends with Benefits below by way of Digital Spy.

Talk about a case of two trailers looking at themselves in the mirror, eh?

First, let's talk about the similarities. Well, we could be here all day talking about those. Although, I will point out that it seems that both movies were sponsored by Apple. In No Strings Attached, the iPhone is the true star, while in Friends with Benefits, the new iPad makes a cameo with I do believe is the first virtual Bible that we have ever seen on screen.

We get it, both movies basically explore the exact same territory. It's funny, this happens a lot in Hollywood and I'm having a brain cramp at the moment, but I'm sure that you will remind me of examples that are slipping away from me at the moment. I'll update the story with them.

Anyhow, it's the differences that really intrigue me. In No Strings Attached they tried to aim for the younger demographic by pairing the film's stars with a gaggle of no-name actors around their same age. By comparison, Friends with Benefits opted to skew a bit older by giving both stars wise, sage-like advice from elders in the shape of Patricia Clarkson and Woody Harrelson.

Speaking of, it's good to see Woody back on the screen after his great turn in Zombieland. He excels in small doses and the idea of him playing a gay confidante to Justin Timberlake's character just feels right. If the bits from the trailer are any indication Woody and Patricia will steal the scenes that they are in.

Furthermore, the main thrust of both movies is the idea of sex amongst friends. This is a pet peeve of mine and I'm sure that neither movie will include any overt nudity, but at least the trailer for Friends with Benefits shows plenty of back skin and features Justin and Mila in multiple sets of underwear apparel.

Ultimately, if I were going to see one movie simply on their trailers, I would go against my obsession and choose Friends with Benefits as it seems like it would entertain me far more than No Strings Attached. What do you think?