Film Funnies #4: May the Fourth be with you -- All Star Wars Edition

May the 4th. It's Star Wars Day across the galaxy. What better way to celebrate than with parodies of everyone's favorite space saga.

Star Wars has left an indelible mark on pop culture in the 34 years since its debut in 1977. Call me a Lucas-loving fanboy, but I don't think any other film or film series can claim an impact on society quite like Star Wars has.

The items below are a testament to this legacy -- with a bit of humor. They celebrate our love for the franchise in the best way possible.

A (Very) Long Time Ago 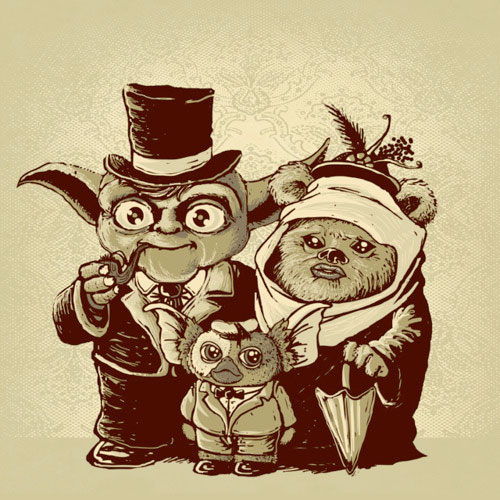 This explains a lot. Well, except for that whole feeding-after-midnight rule.

Rebel with a Cause 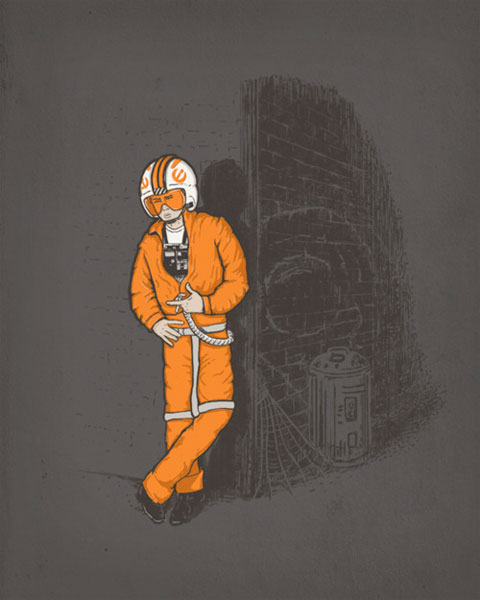 Luke was a rebel even before the Rebellion. Drinking blue milk and going to Toshi Station to pick up "power converters."

Source: Phildesignart
Via: Laughing Squid
References: Rebel without a Cause

French with boring subtitles: probably the only way we'll ever get a Criterion Collection version of Star Wars. 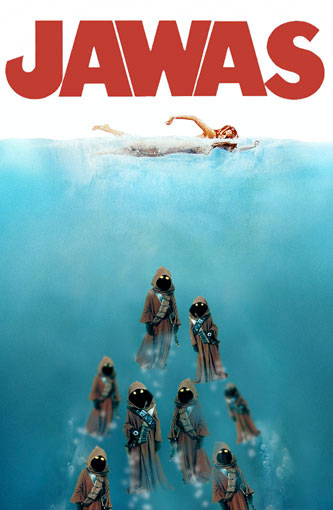 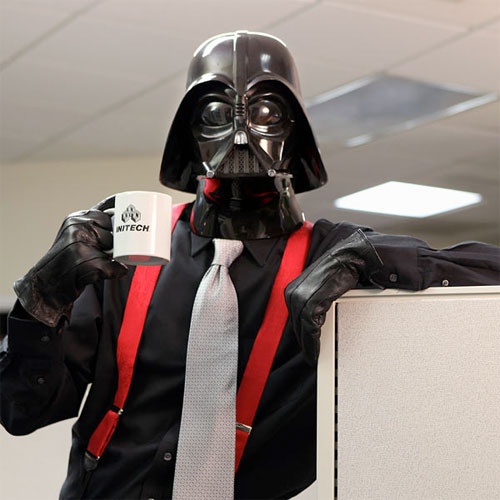 Just another day at the Death Star.

Luke will be relieved to wash and re-wash just ONE hand after the next movie.

Source: Yet another from One Minute Galactica 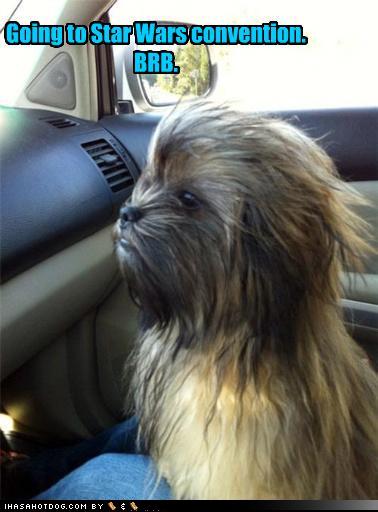 Source: I Has Hot Dog 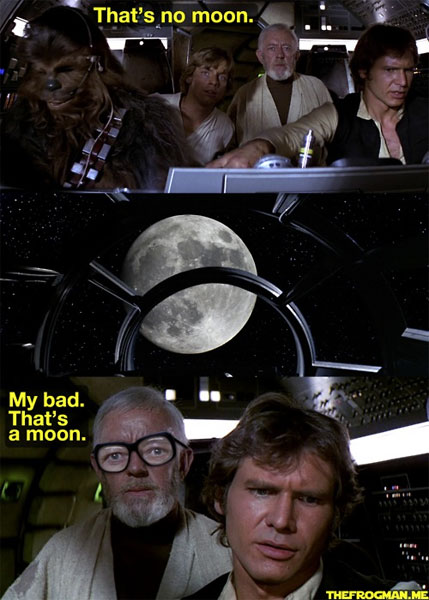 How come no one in Star Wars wore glasses? Did they use light sabers to Lasik their eyes?

Source: Thefrogman.me
Via: The Daily What

Only You Can Prevent Forest Fires 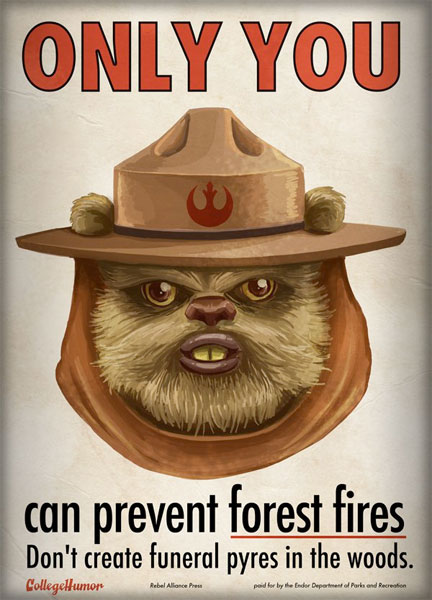 Told you I did. Reckless is he. Matches he has.

There's a reason they didn't show Vader's reaction when he found out he had a son. It would've looked like this.

Source: davidmaslow (?)
Via: Kimmi Page
References: The theme of pretty much every Maury Povich episode

One on Every Corner, on Every Planet 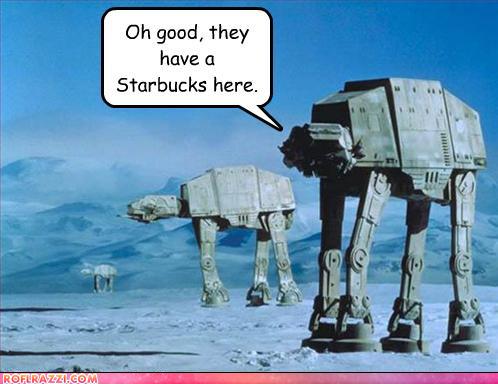 Don't forget to get Darth Vader's order. He likes his coffee like he likes his Force -- dark.

An oldie but a goodie. Perhaps the simplest and best Star Wars parody of all-time.

Need more Star Wars goodness? Watch the pieced-together, user-created Star Wars Uncut. It's a shot-for-shot recreation of the movie that started it all.

And if you're looking for some of the best Star Wars parodies of all-time, watch the first two installments of Robot Chicken's Star Wars-themed episodes. The third one will be released on DVD and Blu-ray on July 12.

Of course, if you prefer the real thing, all six movies are making their Blu-ray debut on Sept. 27.