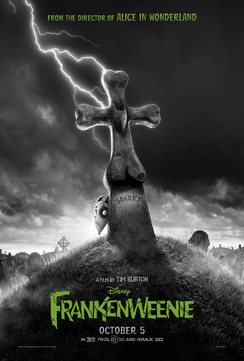 For those that have forgotten or are new to the site, the GBU highlights three trailers, one good, one bad and one UGLY. With so many trailers being churned out these days, the landscape is ripe with plenty of sub-par trailers to choose from.

Summer is usually a pretty fertile time to find great trailers, but just as the heat of the middle months can slow productivity and creativity in many fields, so too does it eventually hurt the quality of trailers.

So, sit back in the AC and watch these trailers and let us know if we were dead on or if we missed the mark.

It's a good thing that Lionsgate bought Summit Entertainment earlier this year, because Tyler Perry was in jeopardy of losing his streak of consecutive movies released by the same studio. Thankfully, it doesn't look like Madea will be making an appearance in this one, but Perry isn't out of the woods yet.

In Alex Cross, he will be bringing to life a younger version of the FBI profiler previously played on-screen by Morgan Freeman. I don't know about you, but I'm pretty sure that trying to outdo Morgan Freeman at acting is not on my Bucket List.

Seriously though, the trailer below actually looks pretty good and former Lostie Matthew Fox makes for a pretty convincing baddie. And believe it or not, Tyler Perry plays a straight role well. I never thought I would ever say that.

What went wrong? The first trailer for Frankenweenie showed a ton of promise, but it seems that this latest offering is just so-so.

Having a lackadaisical trailer is not the recipe for success in the crowded fourth quarter even if your name is Tim Burton. I sort of have a soft spot in my heart for this film as it's clearly Burton's passion project and there's no way he'd let it turn to crap, right?

Right? Well, I still hope so. This trailer notwithstanding, I will still most likely line up to see it in October.

As with most Uglys, I'm sort of lost in terms of how to react to their trailers. I absolutely loathe any trailer that uses a song for 90% of the thing and then punctuates it with what will almost undoubtedly be the only funny line in the entire film.

And that's exactly what we get with this trailer for Epic. The film in question is the latest from the Ice Age folks and they've cast Aziz Ansari, so there has to be hope, no?

I'm not sure. The trailer looks like a cross between A Bug's Life and Avatar. That might sound good on paper, but the reality is far from appealing if you ask me.

I really hope my daughter is still too young for the movie theater when this film debuts next May.