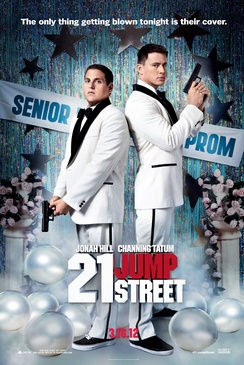 Yes, I poked fun at 21 Jump Street for most of the past year. In fact, I said it "shit upon" the original TV series and it became a part of running joke for me last year.

So, why did I choose to sit down and watch 21 Jump Street? Call it a lapse in judgment or momentary insanity, but so many of you made a point to tell me how amazing the film was that I had a weak moment and decided to see what all of the hubbub was all about.

I'm not going to give away my entire review up front, but I will say that I did catch myself chuckling a lot more than I ever thought I would.

Look, my main issue with this film is their use of the name 21 Jump Street. Had this simply been called say, A Couple of Cops, then I think my angst and animosity towards this film wouldn't have been so massive.

I grew up on 21 Jump Street and to see a couple of hacks treat it with so little respect got my blood boiling a little bit. 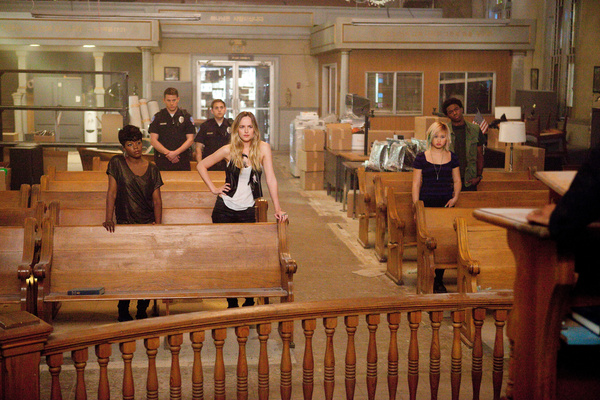 I should also probably get this out there in the interest of full disclosure: I have a love/hate relationship with Jonah Hill. Not in a Manti Te'o sort of way, but I almost wish that he was my made-up Canadian boyfriend so that he could conveniently exist when I want him to (Moneyball) and go back to the land of make believe when his film choices just plain suck (The Sitter, Get Him to the Greek, etc.).

Of course, the level of disdain that I have for Jonah doesn't even come close the outright contempt that I have for "Joe Six Pack" Channing Tatum. Look, I get it. He's the eye candy that chicks go gaga over, but the poor guy couldn't act his way out of a paper bag.

Take this film, for example, his "acting" chops make Jonah Hill look like an Oscar-nominated actor by comparison. Oh wait, yeah I guess he sort of is, isn't he? 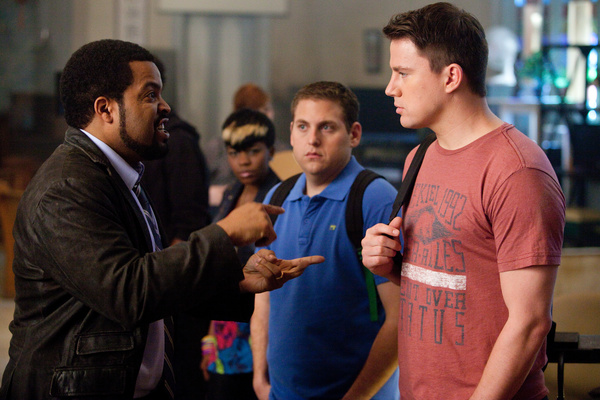 But I digress, you have to keep this in the back of your mind when reading what comes next because anything short of my accusing this film of slaughtering a small village in some random war-torn country would be considered an endorsement of the film. And here it is:

It's not as bad as I thought it would be.

Sure, it's not a ringing Ebert-esque two thumbs up (why does it have to be the thumbs?), but it's not exactly a flush down the toilet either. 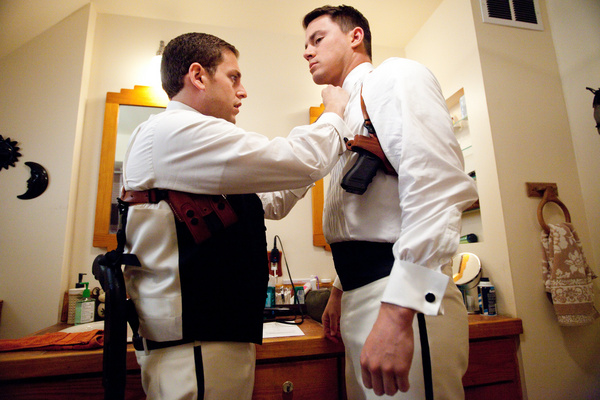 I do have to give the film credit for sticking with the hard R rating. Had the film been aiming for a PG-13 rating, I feel that it would have neutered all of the funny parts just to get a few more of those lucrative box office dollars.

And besides, the $138 million and change that the film did isn't exactly chump change. I'm sure it's enough to greenlight a sequel and guarantee that I'll be here to badmouth it all of the way.

So, did I hate everything about it? Not at all. I did enjoy the fish-out-of-water bits of Hill and Tatum returning to school and having their identities mixed up so that Jonah was now the star jock and Channing was the straight-A student. 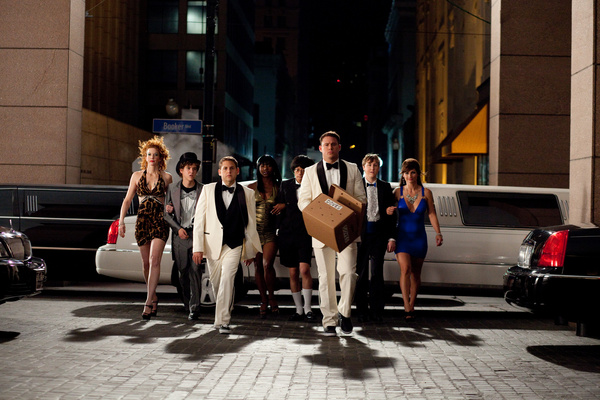 I also found that the changes to the social hierarchy of high school interesting and fresh wells of humor. However, I don't think that the passage of time between their characters' two stints in high school (seven years) was enough to have such sweeping changes. The changes (the nerds being the cool kids) are more reflective of the changes from the time that the actors playing the characters would have experienced (roughly a dozen years).

As someone who has been out of high school now for - HOLY SHIT - 20 years, I particularly found the comedy about the changes in high school social hierarchy hilarious.

I thought Ice Cube was grossly underutilized in his role and the unit's commander and would have enjoyed more back and forth in the "station" (of the cross of Korean Jesus). However, I did enjoy Brie Larson's performance in the female lead role. 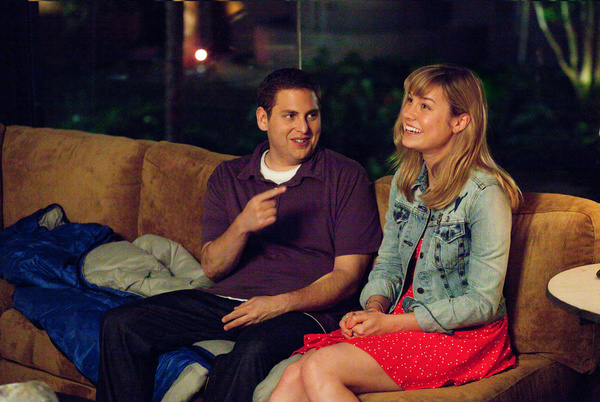 I knew that I had seen her in a few things, but I could place them immediately. I think she's got a bright future and hopefully this film won't be an albatross around the neck of her acting career.

Finally, I would be remiss if I didn't at least mention the cameos made by original 21 Jump Streeters Peter DeLuise, Johnny Depp and Holly Robinson. While sure they are playing some version of their characters from the TV series, I found it more than a little disparaging that they would just flippantly kill off Penhall and Hanson like that.

I enjoyed their cameos as undercover DEA agents, but their demises were so cheap and unnecessary that it felt even more like the filmmakers were grave robbers trying to milk every cent out of a beloved TV show from my youth. 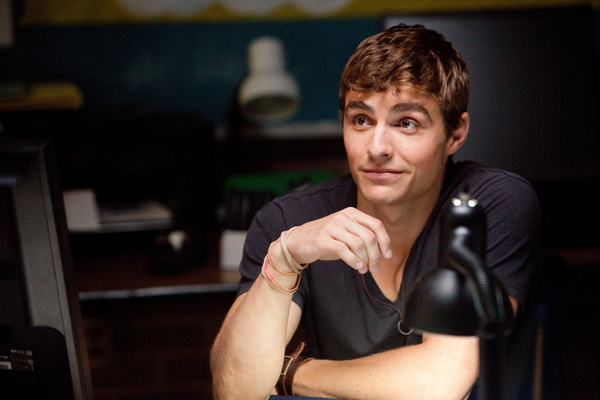 Oh, one last thing. I had no clue that James Franco had a brother. I spent the first half of the film saying to myself, man this dude looks a lot like Franco. It turns out that there's a reason for it.

Dave Franco is pretty much a younger version of his brother, so you know, if you ever need to cast a "young James Franco" he's got it in the bag.

You might have noticed if you went back and looked over the first Project 52 article that I've included a picture of the full house hand in poker. Don't worry, that's not some secret code, that's actually the grading system that I'm going to use to rate the films that I watch during Project 52.

Project 52, there's 52 cards in a deck, I really love poker. If you're unfamiliar with the rank of poker hands, it's really a simple scale from 1 to 10, with 1 being the worst hand "High Card" and 10 being the best hand "Royal Flush." The hand ranks are below.