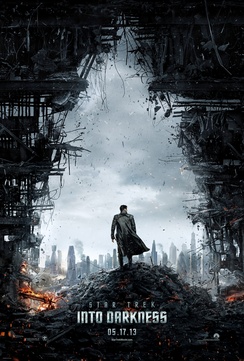 I have to admit that in the great battle of SciFi franchises, I side with Star Wars each and every time. This was true during the brief period in which I was employed by Star Trek's originator Paramount Pictures and it remains true to this day.

An interesting thing happened four years ago though, J.J. Abrams jumped aboard the Enterprise and I was suddenly intrigued. I loved Lost and thought he did a pretty bang up job on Mission: Impossible 3, so I was curious to see if his involvement in Star Trek would change my outlook on the "other" franchise.

Well, I can't say that I switched allegiances or threw down my light saber for a phaser, but I did enjoy the film. I wasn't blinded by the Vulcan death grip or the Vulcan mind meld (see Mr. President, it's not too hard to keep it straight), so I simply enjoyed the film for what it was and it was a kick ass space adventure.

Even as a Star Wars fan, I could appreciate the film and even admit that it was parsecs better than any of the prequels. So, when Abrams was handed the reins to the future of the Star Wars universe, I started to pay closer attention to Star Trek Into Darkness's developments.

I mean this is the guy that is going to breathe fresh air into Luke Skywalker and Han Solo, so he better be up to snuff. I can report that after seeing the second teaser trailer for Star Trek Into Darkness below, I have nothing but a "new hope" for that galaxy far, far away. 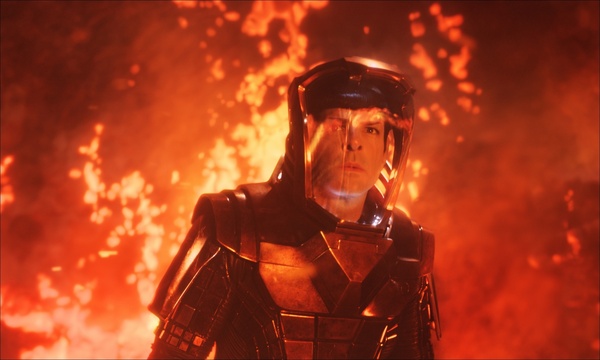 In many ways the trailer feels like a Star Wars film and I'm sorry if that bothers the true Trekkers (or are we back to calling them Trekkies?), but we can co-exist. In particular when Kirk is trying to squeeze the ship through the small orifice, I could envision Han Solo saying those exact words while R2-D2 rattled off a bunch of beeps and chirps that C-3PO would translate into the long odds of survival.

Yep, that's pretty much what I got out of this trailer - oh and that Star Trek Into Darkness is looking like it will be a classic film in its own right.

Check out the trailer below and let us know what you think. Star Trek Into Darkness hits theaters on May 17.