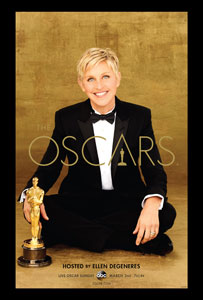 Over the last few years, the Academy of Motion Picture Arts and Sciences has made a concerted effort to reconnect with its past. This year, they may have just found that golden ticket to its illustrious heritage with competing nominees American Hustle and Gravity, which were both honored with a leading 10 nominations this morning.

In recent years, it seems that there is either one clear front-runner or the nominations are so spread out that no clear rivalry exists. In the Academy's heyday, there were fewer films naturally, so rivalry was expected as the pool to pull nominees from was a lot smaller. This year a whopping 289 films were eligible for the Oscars and even Jackass Presents: Bad Grandpa secured an Oscar nomination.

But this year is different. American Hustle and Gravity each snagged 10 nominations, with 12 Years a Slave just off their pace with 9 nominations. A trio of films (Nebraska, Captain Phillips and Dallas Buyers Club) were tied with six nominations, but this awards show will mostly be about the rivalry at the top.

Sure, there are great feel-good stories. Matthew McConaughey is now and forever an Academy Award nominated actor after getting a nom for Best Actor. As Wooderson would say, 'Whoa.' There's newcomer Barkhad Abdi who scored his first nomination for Best Supporting Actor in his first role ever in film. And then there's Leonardo DiCaprio finally getting his fourth nomination for Best Actor in The Wolf of Wall Street, but still seeking his first statuette.

But, ultimately, the evening is going to boil down to those three top films. The effects heavy Gravity should reign supreme in the technical categories in which it is nominated, while American Hustle and 12 Years a Slave will battle it out in the acting categories and, ultimately, for Best Picture.

What is interesting to note is that once again David O. Russell has the chance to make history. No film has swept all four top acting categories and Russell has gotten actors nominated in each category for the second consecutive year. Only 15 films in the history of the Academy Awards has accomplished this feat and David O. Russell is responsible for two of them.

Speaking of history, American Hustle also has the opportunity to join one of the rarest Oscar clubs that exist, films that have swept the top five Oscars (Best Picture, Best Actor, Best Actress, Best Director and Best Screenplay). To date, only three films have pulled off this feat (It Happened One Night, One Flew Over the Cuckoo's Nest and The Silence of the Lambs) and American Hustle is David O. Russell's second consecutive shot at pulling off a major coup.

But the competition to history will be extremely tough as Sandra Bullock is as close to a lock there is to take home her second Best Actress Oscar for her role in Gravity.

What would an awards show be without its snubs? The biggest ones include both Tom Hanks and Joaquin Phoenix being left off the Best Actor ballot and Lee Daniels' The Butler getting completely shut out from the Academy Awards.

The full list of nominations is below. The actual Oscars will be given out on Sunday, March 2. Ellen DeGeneres is this year's host.