What happened to the Wachowskis? 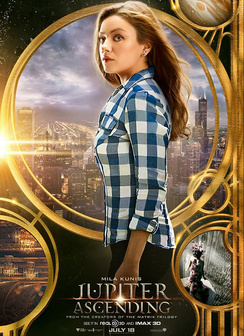 When I was 25, there wasn't anything cooler in theaters than The Matrix. The year was 1999 and I was torn between my inner child geeking out over Star Wars: Episode I - The Phantom Menace, the first Star Wars film in over 15 years and a more adult SciFi phenomenon in The Matrix.

True, history will show that Phantom Menace and the rest of the prequel trilogy were just inferior films both to the original trilogy and other contemporary SciFi fare, but I wonder if The Matrix doesn't bear at least some responsibility for our collective letdown with Phantom Menace.

Over the course of the 1990s as we grew into adulthood, our SciFi options grew with us with offerings like Stargate (1994) and The Fifth Element (1997), which were both rated PG-13. Finally in 1999, we got our first taste of a great R rated SciFi in The Matrix and we liked it. We liked it as much as Cypher enjoyed his make belief steaks in The Matrix.

Our eyes were opened and then, two months later, Phantom Menace debuted in theaters and it was the perfect storm for disappointment. We were hoping for more adult SciFi and what we got was basically a kiddie film that would later pale in comparison to Zathura.

Of course, a funny thing happened to the Wachowskis too. No, not that thing, they felt the pressure to improve upon themselves and under the burden of unrealistically high expectations, they failed to deliver in the sequels The Matrix and they have sort of been wallowing in this purgatory of sorts where promising filmmakers go to wait better films or ultimate judgment. You know, the place that M. Night Shyamalan has been hanging out in for the better part of the last decade or so.

So, the question remains, where do the Wachowskis go from here? Their last film Cloud Atlas was a pretty big failure and I'm pretty sure that Warner Bros.' good will from the success of The Matrix is wearing thin. They need a hit in the worst way and the question remains, is Jupiter Rising going to be that hit? Fine, Jupiter Ascending, but I think my point is clear.

After watching the trailer, Tim and I were left with a few questions.

That's a good question. Personally, I saw him more as a futuristic, space elf, but Vulcan also fits the bill.

Yep. You slide in Mila Kunis as the chosen one and suddenly this really does start to feel a lot like The Matrix.

Nope. If the trailer is any indication, his "villain" will be laughed at more than feared by anyone in the audience. Not sure if this is intentional or not.

Yeah, the film really does have a video game feel to it and I'm almost wondering if the cheesiness is intentional. Naturally, I'm seeing a lot of The Fifth Element in this film which isn't a bad thing, but is it different enough to warrant its creation? And will it redeem the Wachowskis?

Only time will tell, but I can tell you this, having Mila Kunis in the lead is a good start. Let's just hope that the film doesn't crash and burn around her.