Should R rated comedies even have green band trailers? 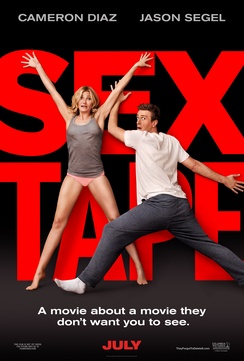 If a film is rated R and its intended audience is adults, what is the point of a green band trailer? Sure, the studio is going to say that the green band trailer allows for the film to be advertised in front of general audiences going to see other films like it in the theater.

What the studio means, but doesn't say, is that they are hoping that by getting in front of the lucrative 13-17 year old audience, they can get a bump from an audience that honestly shouldn't be going to see R rated comedies. We can have the whole argument over the right and wrong of age-defined viewing restrictions another time, but for the record I think they are archaic and pretty pointless when the enforcement is joke, but again, that's not the point of this story.

No, I want to know why a studio would actually spend money to create a green band trailer, when the red band trailer is usually better and a bigger hit for its target audience. With our culture's always online mentality, it's pretty easy to get eyeballs for your red band trailer without going through the old, traditional methods (TV and theatrical trailers).

There are two films being released this Summer that are perfect test cases for this theory. They are both R rated comedies (Sex Tape isn't officially rated yet, but an R rating is expected) and they both debuted racy red band trailers before bringing out the more traditional green band versions.

First up, Let's Be Cops is due out on August 13 from Fox and is rated R for language including sexual references, some graphic nudity, violence and drug use. It stars popular actors from the hot TV show New Girl and it's pretty apparent from both trailers that the target demo for this film is 20 something males.

You can immediately see that the green band trailer is about a minute shorter and doesn't contain a shred of new footage. They basically took the red band trailer and snipped all of the swearing and objectionable content out of it and left something that is definitely lacking, especially after you've seen the red band trailer.

So again, I ask, what does the green band trailer add to the conversation?

The more egregious use of the green band trailer came out today for the film Sex Tape. Given the title and subject matter of the film, it's pretty much a given that it's going to get an R rating despite it not being officially rated as of yet. Also, Bad Teacher, the last film that Cameron Diaz and Jason Segel starred in together, was rated R so it's pretty likely that Sex Tape will get the same R rating.

The Sex Tape red band trailer has been watched 2.5 million times, while the Let's Be Cops trailer is nearing the million view threshold. Give it a couple of weeks and I'm willing to bet that the number of views will far exceed their respective green band trailers.

So again, what is the point of the green band trailer? It's an inferior product and I'm willing to argue that it does more harm than good to a potential audience member.

What do you think?