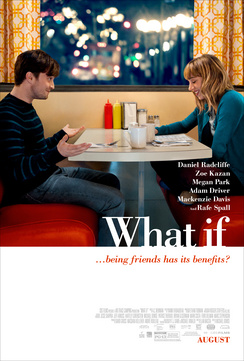 Tim and I spend a lot of time reading about movies, watching movies and generally immersing ourselves in the entertainment world. So much so, that we often take it for granted that you are as obsessed with Hollywood and its young talent as we are.

Oftentimes, we find out that this isn't quite the case.

Allow us to introduce Adam Driver. If the name sounds familiar, that's probably because he was recently cast in Star Wars: Episode VII and he's off in a galaxy far, far away (Abu Dhabi) shooting the film as we speak. For many people, he was as much a new face to them as Daisy Ridley, but for those of us that watch Girls or have a passion for Indie films, he's been a known commodity for ages (read two years).

For those of you unfamiliar with his work, don't worry, you're going to see a lot of Adam Driver in the next 18 months ahead of his sure-to-be star-making turn in Episode VII. He's featured in two trailers that dropped this week for upcoming films and we thought it was a perfect time to highlight them and introduce you a bit to the young actor.

Even if you're familiar with his work, these trailers give a glimpse at his comedic range, a side of him that he hasn't really had a chance to show much of yet in his career.

First up, is the trailer for This is Where I Leave You. It's a bit of an ensemble comedy about a family who is brought back together when its patriarch dies and the tears and laughs that follow. Jason Bateman is the lead, but I think you'll agree that Adam more than holds his own in this great cast.

The next trailer is for a smaller film called What If. Again, Adam is cast against a much more experienced (and household name) actor by the name of Daniel Radcliffe, you may have heard of him before.

In this role, Adam plays the best friend to Daniel's lovelorn character who finds what he thinks is love with the adorable Zoe Kazan, only to be put in the dreaded friend zone. It's pretty clear that Adam will be providing plenty of laughs along with his example of what not to do for Daniel's character. The last line in the trailer is classic.

Well, that's a quick look at a couple of Adam's upcoming films. I think it's safe to say that he will be close to a household name by the time Episode VII finally hits theaters in December of 2015.