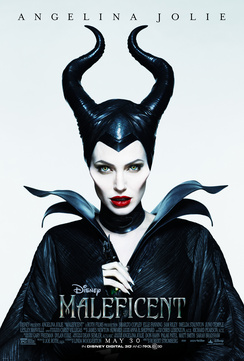 Oh, it's been so long, did you miss me? Did you even notice I was gone?

Believe it or not, this will be my first MMM since May 12. Tim filled in admirably (as always) while I was out on vacation and neither one of us thought about last week during the holiday.

So, here we are. It feels like forever. I wonder if I will even remember how to do this. What's the box office again?

Don't worry, it's like riding a bike. Lots of scraped knees and very little reward. Shall we get right to it then? Grab a cup of joe and sit back and enjoy as we try to make sense of the weeks that were in today's MMM.

When Tim last left you Godzilla was huge and nothing has really changed from that standpoint. The massive monster is still doing damage to the box office, he's just not as lofty as he once was. This week, the one-creature army from Japan slid down a couple of spots to second place with $12.2 million for a cumulative total of almost $175 million.

Godzilla will continue to limp on despite being mortally wounded by bigger and better summer box office films in coming weeks. A final tally in the realm of $225 is well within reach, which is bound to set off a flurry of new Godzilla films.

Last week's #1 film X-Men: Days of Future Past slipped a spot to #2 with $32.6 million. Its second weekend is still better than First Class' second weekend, but it wasn't anywhere close to the doubling of opening weekends. That means that even though Days of Future Past has already out-earned First Class' total haul, the business is dropping off faster for the sequel.

X-Men: Days of Future Past should still continue to have a few more impressive showings before the competition knocks all of the wind out of its sails. I predict a final mark somewhere right around $250 million, which would make it the highest grossing X-Men film of all-time (not adjusted for inflation).

But the real story from this weekend concerns the newcomers Maleficent and A Million Ways to Die in the West. One is a risky new take on a classic Disney tale with a bonafide Hollywood A-lister while the other is written, directed and stars the guy behind Family Guy and Ted.

While the matchup is intriguing, the writing has been on the wall for some time for Seth MacFarlane. A Million Ways to Die in the West was not going to be able to replicate the breakout success of Ted and there are probably just as many reasons for that as there are to die in the West.

A Million Ways to Die in the West opened to a meager $17.1 million, about a third of what Ted opened up with. I read the book right around the time the red band trailer dropped and I thought at the time, that this film had a chance to be another breakout hit for MacFarlane. Sadly, it was all downhill from there.

A Million Ways to Die in the West will struggle to get to $50 million and will most likely be considered one of the biggest bombs of the summer when it's all said and done.

While not revealed in this announcement, it is believed that Brolin will play Thanos in upcoming Avengers and/or Marvel films. Thanos had a brief cameo in the tail end of The Avengers but was played by another actor.

Film School Rejects actually argues that these remakes might be a good idea and that we should embrace them.

I know that you are all probably wondering about the lack of Star Wars news in this week's MMM despite the plethora of tidbits that have leaked out recently. Don't worry, we decided that the news was too big for the MMM to contain it all. So, we're creating a separate Star Wars update story that will be out later today.

For now, have a great week and until we meet again, Mix Well!