What EW got wrong: 10 movies kids must see before becoming a teen 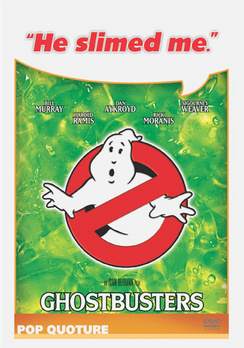 As an ardent fan of film and a newish parent, the thought has crossed my mind that I need to be a responsible parent and make sure that my children are prepared for her and his release into the world. I want to make sure that they are the ones spouting, "We came, we saw, we kicked its ass" while their peers laugh along with envy of their strong finger of pop culture pulse.

Of course, Ghostbusters might be a bit inappropriate for their current ages of 2 years and 9 months, but you have to start somewhere, right? Thankfully, Entertainment Weekly has composed a list of "55 Essential Movies Kids Must Experience (Before They Turn 13)" and we are saved, or are we?

I have to say that while there are surefire no-brainers on their list (Star Wars, Toy Story, Back to the Future, The Goonies, etc.), I was left scratching my head more often than not. There were painfully obvious omissions and bizarre choices to show a child under 13 such as The Red Balloon, The Kid, Singin' in the Rain, Some Like It Hot and so on. Not to mention I don't remember the last time I made a Some Like It Hot or The Kid pop culture reference.

And that's another thing that the writers of this piece got wrong. The claim that the list isn't a "best of" list, but rather, well, it's best to quote them precisely.

This isnât a list of the 55 âbestâ kids movies, nor a compendium of hidden gems. Rather, itâs a survival-guide syllabus of films that we all need to know to be able to speak the same pop-cultural language, listed in order by when they might be best introduced.

No, this isn't the list of films that my kids will need to see in order to be able to keep up in their pop culture, heck it's not even for my pop culture. With some of the selections on this list, it's more the baby-boomers' pop culture language. That's all well and good, but I just don't see the use in sitting down and watching Duck Soup with my kids. They will look at me and wonder if aliens kidnapped me in my sleep.

That's not to disparage Duck Soup or any of the films on the list. They are all, reasonably, important films that perhaps some day if either or both of my children show an immense appreciation of film, we will then sit down and watch them together. Until then, I doubt they will ever come up in any sort of reasonable conversation that they would have with their peers, or anyone born after 1970 for that matter.

So given the various obvious omissions and the lack of proper focus on the appropriate peer group, we came up with ten additional films that should be on their list. Again, their list is a good start, but if you take off about 10-15 of their choices and add these, then it would be perfect.

Of course, these lists are subjective by their very nature, so we would love to hear which films should be on the list, especially those that both we and Entertainment Weekly have overlooked.

Naturally the the original EW list and our additions are highly subjective, but we're confident that we've uncovered some serious omissions. So, how did we do? Of course, the best way to make the list perfect is to get input from a bunch of people, so please give us your suggestions too.