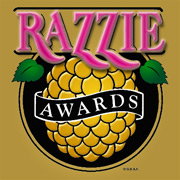 They are a beginning and an end. The beginning of a new week, but the end of a glorious weekend. They are especially evil following a long holiday weekend and that's where we find ourselves.

We made it though. We survived. We persevered. It is now 2015 and the year is ripe for opportunity. Sure, it's clichÃ© to say that and every new year is filled with hope and possibility, but this year something is different.

One look at the roster for 2015 and something deep down starts to tingle. Avengers: Age of Ultron, Star Wars: The Force Awakens, Jurassic World. These just aren't blockbusters, these are sequels to some of the highest grossing and beloved films of all time.

The Fast and the Furious 7, Terminator: Genisys, The Hunger Games: Mockingjay Part 2.

Oh yes, there is something quite different about 2015 and this series will be a weekly commentary on this year with a dash of perspective and a bit of comedy. Why waste time, let's delve into the first weekend of 2015.

Well, Rome wasn't built over night. January and February are traditionally the slowest months of the year at the box office, so it's no surprise that 2015 starts out with a whimper instead of a bang.

Only one new film debuted this weekend and it didn't do much to set the world on fire. That said, The Woman in Black 2: Angel of Death performed admirably for a sequel without its lead star and lacking any discernible A-list talent in the cast.

Holdovers were the theme of the weekend as they often are during January. Big Christmas releases and films that get a limited Oscars-qualifying release in December tend to dominate January's box office and this year is no different.

The Hobbit: The Battle of the Five Armies took the top spot for the third time in a row with $21.9 million and has earned a total of $220.8 million so far.

Into the Woods and Unbroken continued their blow-by-blow battle again finishing in a virtual tie for second place. Into the Woods seems to be getting the better of the two though and has earned a total of $91.2 million versus Unbroken's $87.8 million.

Both of these films look to break $100 million this week and should comfortably make their way over the $150 million mark.

The last unanswered question from 2014 remains, which film will officially win the box office race? Guardians of the Galaxy is still hanging tough with its clubhouse posted tally of $332.5 million but The Hunger Games: Mockingjay Part 1 refuses to quit. While it did slide down to number 8 this week, Mockingjay still turned in a $7.7 million weekend, bringing its total up to $323.9 million.

That's awful close and I'm betting there will be a photo finish here, but I think that with schools starting back up, Mockingjay is still going to fall just short of Guardians. While the year didn't start off like gangbusters, it was still up 6% over last year's opening weekend. Last year, the box office was down, but this year we are expecting unprecedented numbers at the box office, so we are off to a good start as far as that is concerned.

As expected, A Million Ways to Die in the West and Sex Tape led the way with eight and six nominations respectively.

Needless to say, that was just cruel. I'll give them credit for the gimmickry, but that was just mean. Thankfully, they followed it up with a more man-sized trailer.

Well, a preview of the first trailer at least. If you want to see the whole thing, check out Marvel's new TV show "Agent Carter" on Tuesday night. Like you needed yet another reason to check out this cool looking show.

Well, that's a decent start to the year. Until next time, Mix Well!