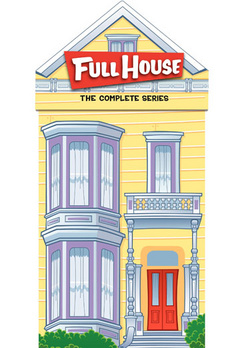 As most of the nation thawed out this weekend from Winter's last (?) great blow of 2015, one thing was pretty apparent. People were finally ready to get outside and not sit in a dark movie theater for a couple of hours.

Yeah, you can blame this weekend's lackluster box office performance on the weather, or the studios could finally admit that the reason they like sequels and familiar stories so much is that they don't have a clue how to market something that is completely new and unique.

And yet, The Second Best Exotic Marigold Hotel had a much better screen average than Chappie, despite all of Hugh Jackman's clout. At least the box office will always be a riddle as unpredictable as the weather.

While I sit back and enjoy my nice little full circle in the intro, grab a cup of your favorite beverage and let's dig in to the Mixer.

The last two weeks share more in common than one might think at first blush. While the box office was noticeably down both weekends, the top film of each was also a bit of a bust. Last week, Focus returned Will Smith to the top of the box office, but it was easily the weakest #1 film in his storied career.

This week, Chappie, the third film from budding Sci-Fi guru Neill Blomkamp, had expectations of yet another $20 million + opening for the young director, but that wasn't meant to be. Blame the weather, blame the studio's mixed marketing messaging, or just blame Sci-Fi fatigue, but it only tells half of the story as to why Chappie only made $13.3 million.

Personally, I think it has something to do with the fact that the two main people in the following music video were major stars in the film.

Of course, Die Antwoord is an insanely popular band (musical group? rappers?) and that video has over 62 million views. Of course, I'm convinced that over half of them are people saying WTF? to themselves and watching it again to confirm that they really did just see what they thought they saw.

The bottom line is that for whatever reason, audiences didn't connect with Chappie and that's a shame because the early marketing for the film gave it an interesting place in the mythos that Blomkamp is building. In the end, it was hard to tell if this was simply RoboCop: South Africa or a prequel to Avatar.

Chappie's performance is particularly devastating for my ego as I predicted the film would gross over $100 million at the box office. I was banking mostly on Blomkamp's track record and the interesting story that should have at least struck a chord with certain audiences. Well, it did sort of. Tim's high school age son enjoyed the film. Of course, he hasn't seen Short Circuit or any of Blomkamp's other films, so he was ripe to buy into the story with conviction.

As for the rest of us, I guess it was just Hollywood being Hollywood. They never saw a remake or sequel that they didn't like. Chappie will struggle to make $40 million when its run comes to an end.

The aforementioned The Second Best Exotic Marigold Hotel opened in third place with $8.6 million, just under last week's reigning champ Focus and its $10.2 million. Focus is still on track to finish close to $60 million. The Second Best Exotic Marigold Hotel is looking to end up with close to the $50 million that its predecessor ended up with, which I would imagine would be considered a big win at Fox Searchlight.

The real story this weekend was the one we hinted might happen and that's American Sniper surpassing The Hunger Games: Mockingjay Part 1 to become the biggest grossing film of 2014. It did so on Sunday and Tim and I are back to being square in our series of Trading Places bets.

Boy, these youngsters have 0.0 idea what they're missing. #Fullhousehouse. #TURNAROUND.

Maybe if he was carrying a cup of Oikos Greek Yogurt, then they would have recognized him.

I wish we lived in a galaxy where this wasn't news. And Han shot first. And C-3PO was totally the first LGBT character in the Star Wars canon.

Well, that's all I have time for today. It was a pretty tame weekend. Until next time, Mix Well!