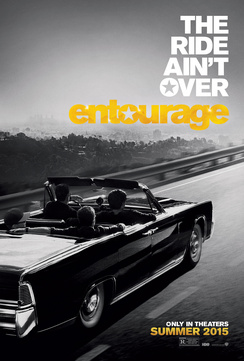 I have to admit that I was an Entourage fan for the first four seasons, but then I gave up on HBO, or rather my bank account demanded that I give up HBO and Vincent, E, Turtle, Johnny Drama and Ari left my life. There was a hole in my heart, but that's OK, it was quickly replaced by Lost and the rest was history.

But now, thanks to the upcoming feature film, I'm able to reconnect with the guys and it looks like the party is still going strong. The teaser trailer was blast from the past, but this one looks to expand on the shenanigans at play.

The film looks like a great Summer film that realizes that its audience just want to have a good time and check out for a couple of hours. It seems that the only thing that has changed is the size of the party. Check out the cameos in this thing. I have a feeling this could be a surprise hit of the Summer.