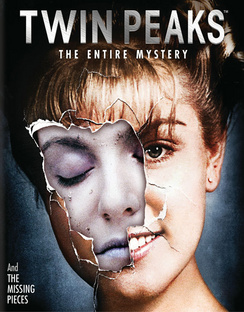 I know that we've talked enough about basketball and March Madness these past few weeks, but it would be weird if we didn't talk about it. Kentucky's run to perfection ended a couple of wins short and suddenly their entire season was a failure.

How is that any way to think about a season where you only lost one game? Perhaps I just don't get it or wasn't born with the same sense of entitlement where the expectation is perfection or why bother?

Of course, I've always been someone who cheered on the underdogs, so the idea of perfection is not really something that I have ever really known. What I do know is competition and the overwhelming desire to win each and every time you take the court, or in my case the ice rink.

Here I am, over 40 years old and I expect and do everything in my power to win each game that we play in our men's league. It's beer hockey, but in reality we might as well be playing for the Stanley Cup because that's how much it means to me.

I'm not the only one who feels this way, but some people, heck most people, simply enjoy the game and camaraderie and couldn't care less about the final score. I really don't understand these people, but could they be on to something? On Saturday night, I was pulling for the underdog again, although it's tough to call a 36-3 team an underdog, and without any real stakes in the event, I just enjoyed the spectacle for what it was: two hours of thrilling, sporting entertainment.

Perhaps, I should approach my hockey games with the same detachment and simply enjoy the moment. On second thought, the postgame beers alway taste better after a victory. I'm not really sure how this relates to movies, but it was something that was on my mind. I'll get off my soapbox now and start talking about this week's MM.

"Furious 7's opening this weekend was big." "How big was it?"

Well, I'll leave the joke there before we veer off into Aristocrats territory, but suffice to say Furious 7 was huge. Not the biggest opening ever (that will likely come later this year), but its $143.6 million was good enough for the ninth best three-day opening weekend ever.

For the curious, The Avengers and its $207 million opening is still the best and only film to ever open over $200 million. I fully expect its sequel and Star Wars: The Force Awakens to best it before the year is over, but for now, it's still the king.

That's not to take anything away from the wonders that Furious 7 did this weekend though. Name me another franchise whose seventh film was also its highest box office performer. And no, Harry Potter doesn't count. Furious 7 not only turned in the highest opening in the franchise, but it bested the next best in the franchise by over a third. It is on track to become the first Fast and Furious movie to surpass $300 million and it could even top $350 million.

Yeah, you could say that 2015 is officially off to the races.

If you're into spoilers, Making Star Wars claim to have a rundown of what we will see in the next trailer.

Dear Twitter Friends, Showtime did not pull the plug on Twin Peaks.

After 1 year and 4 months of negotiations, I left because not enough money was offered to do the script the way I felt it needed to be done.

This weekend I started to call actors to let them know I would not be directing. Twin Peaks may still be very much alive at Showtime.

I love the world of Twin Peaks and wish things could have worked out differently.

It's time to get back to work. Until next week, Mix Well!