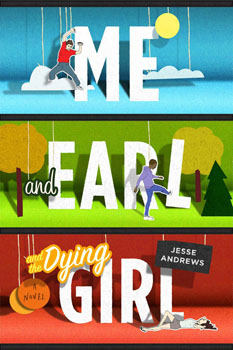 If there's one thing that Whiplash taught us, it's not to underestimate the winner of the Sundance Grand Jury award when it comes to winning awards. While Sundance has long been a good leading indicator of indie film success, it sometimes takes a few years for those filmmakers to break over into the mainstream.

And yet, Sundance takes place after we pick our sleepers, so therein lies the conundrum. If we just waited a few weeks, we would surely include the big films out of Sundance on our sleeper lists. Sometimes we get lucky, other times we do not.

This year was one of the years that we missed as none of us picked eventual Grand Jury winner Me and Earl and the Dying Girl to be a sleeper hit in 2015. After watching today's trailer, it's painfully obvious that we missed the boat on this one.

It's hard to judge a film whose cast is relatively unknown and director Alfonso Gomez-Rejon is making his feature film debut after a few turns on successful TV series. Perhaps if one of us had read the book that the film was based on, we would have made the obvious connection to last year's breakout hit The Fault in Our Stars. Fox didn't sleep on it though as they saw the connection to their previous film and snapped up the rights to Me and Earl and the Dying Girl for a cool $12 million.

While the main cast is relatively unknown, it does feature a couple of up-and-comers in Thomas Mann and Olivia Cooke. And the extended cast has interesting performances turned in by the likes of Connie Britton and Nick Offerman. The trailer reminded me a lot of two other smaller films that I really enjoyed, Juno and Safety Not Guaranteed.

Me and Earl and the Dying Girl will enjoy a limited theatrical run starting on June 12, but I wouldn't sleep on this one.