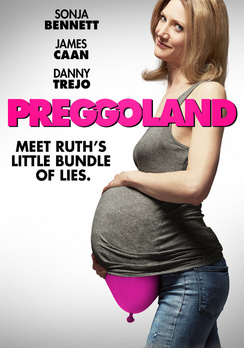 I really do love this time of the year. OK, it's not really the August or sluggish box office that I like, but for some reason we are having a really cool week down here. When it's barely 80 degrees and no humidity in August in Nashville, you take it.

It makes me think back to those midwest autumns that I grew up with and those warm days and chilly nights. It gets me all nostalgic. This week's releases inspire a bit of nostalgia in me as well.

There really is a little bit of everything here and there are even Oscar winners whose films couldn't make the cut this week. That's when you know it's a good week at the video store. There's not a lot of box office behemoths in the next couple of months, but there are a boatload of films that are flying under the radar.

Don't worry though, because no film no matter how small can fly under my radar, so pull up a seat and enjoy this week's Cooter Watch List.

Samuel L. Jackson is the president of the United States and he's been shot out of the sky over Finland. So, he teams up with a reject from The Hunger Games and brings some international diplomacy to greater Scandinavia. I think I'm having fun here, but it's hard to tell from the trailer. It looks like Air Force One got together with Borken Arrow and had a baby and I'm quite OK with that. Side note: the film has been certified fresh by Rotten Tomatoes and to be honest that's the most intriguing thing about this film to me.

Danny Trejo is officially in every other film made and this one appears to be one of the better ones. The one-off joke about being pregnant when not really being with child looks like it will get old quickly, but it should be interesting to see how she gets out of it unscathed. You could pair this with The Lie for the most bizarre double bill of lying.

No matter what you feel about him personally or the issues involved, there is no denying that this is the year of Ed Snowden. With the big budget film directed by Oliver Stone later this year, this is the original documentary that is basically responsible for everything coming to light. Again, regardless of your feelings, this documentary looks to be a must-see watch.

It's weird for a film nominated for an Oscar to fly so far under the radar, and yet here we are. Marion Cotillard got a surprise Best Actress Oscar nom last year but the film failed to catch on over here in the States. It looks like a compelling story of human compassion and personal greed, one of which that plays right into Marion's strengths.

I know that this list was partially created to highlight films that fly under the radar using only a combination of trailers and whatnot, but I've actually seen Lila & Eve. Viola Davis and Jennifer Lopez are at their best and the story is one that will resonate with today's sad headlines.

So, if you were take Cinderella and dress her in drag and have her play a gay man who falls in love with shoe salesman, then you'd have After the Ball. I know that sounds pretty out there, but the film looks like it actually works thanks to the budding stardom of Portia Doubleday. You might recognize her from this summer's break out hit Mr. Robot. The film is a lot like Just One of the Guys set in the high stakes fashion world.

Speaking of high fashion, this quirky documentary looks like just the palette-cleanser that would suffice after some of this week's more serious films. I love the line in the trailer about a woman being as old as she looks and a man never gets old until he stops looking. That made me smile.

I have a few rules when it comes to films. Seeing anything that stars Tim Roth is one of them. The cast is top notch and Patricia Clarkson looks at home in this action suspense role which is a little against type for her. The trailer reminded me a lot of Cape Fear, which is a good thing.

As my cohort Tim says, this one looks like a mashup between Dead Man Walking and The Shawshank Redemption. I can't argue with him too much. Also, I'm pretty sure this film wins the award for most conflicting spoilers. It's called The Pardon and the tag line "Murder. Since 1935 only one woman has been executed in the state of Louisiana." So, which is it? It's based on a true story, so I could look it up, but where's the fun in that?

There's not much to really say about this film because it pretty much sells itself. Yeah, it might be a bit too saccharine for some, but in today's world, it's nice every now and then to watch something a little more uplifting. That and Danica McKellar and William Zabka are in it, so bonus points for the 1980s geek cred.