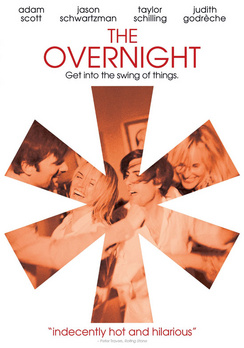 I know that it's been a week or two since last we talked about my sleeper picks, but such are the ways of holidays and vacations. Don't worry though, I'm back this week and we should be good through Thanksgiving or beyond.

It will take a week or two to get back into the swing of things, so please bear with me. Thankfully, this week's offerings leave a little to be desired, which means that it should provide us with a nice easy week to ease us back into it.

It's always interesting to see what films stand out from week to week. Some weeks, it's a movie from a star that hasn't done much of anything lately. Other weeks, it's a white hot foreign film that for some reason hasn't gotten much mainstream traction. While other weeks, I simply get distracted by some amazing artwork.

Remember, unless otherwise noted, I am judging a book by its cover, or rather a film by its poster and trailer. Of course it also helps to have nearly 20 years of experience in the field to draw upon to make a pretty accurate snap judgment on these second-tier films.

Whatever happened to Jodi Lyn O'Keefe? I mean at the height of She's All That, she was the next big evil enemy, but then everything changed and she ended up doing a bunch of TV, mostly Nash Bridges. The art is pretty compelling, but the trailer makes me think that she probably should have stuck with TV. But, it looks like it might be interesting and at the very least, we can get an idea of what she's up to now.

Closer to the Moon

I'm a sucker for true-story films and anything starring Vera Farmiga, so this film is right up my alley. I know nothing about this story, but the setup from the trailer is wonderful and will bring up echoes of Argo and various Wes Anderson films. It sounds so absurd that it can't possibly be true, but they claim it is.

I watched the trailer twice and I'm still not sure what I saw. All I do know is that it intrigued the heck out of me for its rawness and depiction of the young drug culture. Think of Kids meets Requiem For A Dream. Like I said, it's pretty messed up and I think that's pretty awesome.

So, they had me with a room full of painted anuses, but when you throw in Jason Schwartzman, Adam Scott and Taylor Schilling, it's all icing on the proverbial cake. I like to think that this swingers hive actually exists and that they are constantly making new couples feel awkward and free all at the same time.

If you liked Rubber, then you'll love this new film from writer/director Quentin Dupieux. He's a filmmaker that I've come to admire greatly in these last few years and this one looks like another in the same vein of craziness. I also love that a VHS tapes plays such a big role as a McGuffin. Oh and Napoleon Dynamite himself Jon Heder is in it.