'Joy' picks up the gun in new trailer 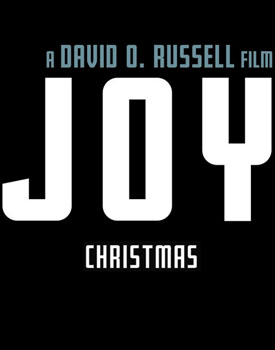 While it's a pretty safe bet that Star Wars: The Force Awakens will be raking in all of the cash this Christmas, there's a much smaller film that might just rake in all of the Oscars. David O. Russell's latest film Joy reunites many of the principal players from his last few films in a new tale of American greed and family.

If it sounds a lot like his last film American Hustle, then you're getting the idea. While not directly linked, I could definitely see these films being spiritual sequels covering a lot of shared territory. Naturally, his muse Jennifer Lawrence is back in the titular role of a woman who builds a business dynasty only to be confronted with the realities that come with prosperity in this country. Bradley Cooper and Robert De Niro also star in their third collaboration with Russell, so you could say that the set is starting to feel more like an extended family than simply co-workers.

I was very complimentary of Joy's teaser trailer in July, but this latest version gives me pause. I can't really put a finger on it precisely, but there's just something off about this trailer. Perhaps it's the song choice or simply just the tone, but it just doesn't speak to me. Don't get me wrong, JLaw looks badass in this and I will see it because I've loved Russell's previous works, but to me at least, this trailer is a bit of a red flag.

Joy will hit theaters on Christmas where it will be difficult to find much business amid the Star Wars hype, but it should garner plenty of awards buzz.