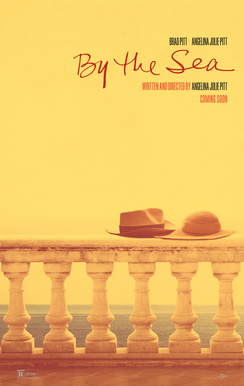 All the spooks and ghouls were out and about Saturday night, but the real horror show took place in your local megaplex. Like any horror film worth its salt, the carnage was predictable, but it doesn't make it any less tragic.

This weekend was the worst weekend of 2015, with the top 12 films earning a measly $62 million combined. It's a scary trend that culminated in one of the worst Octobers ever. Don't worry, 2015 is still on pace to set a new record for the highest box office year on record, but it is a bit troubling that this year's meager performance stands in direct contrast with last year's best October of all time.

I always find Halloween weekend to be an interesting case study at the megaplexes because you would think that horror films would do well, but surprisingly that's not always the case. It seems that over the last few years people are choosing to get their scares elsewhere whether it be at haunted houses or parties and theaters are paying the price.

Don't get me wrong, horror films still do well in October, but more and more genre films are finding greater success in non-traditional places such as January (The Woman in Black films). Whatever the case, I stand firm in my belief that audiences will show up for quality no matter when you release a film. Of course, it doesn't hurt to have a bit of a spillover due to a timely spooky holiday to go with your horror film, but I digress.

Did someone say mixer? Sorry about the delay this week, some things came up yesterday that necessitated the move to this morning. I appreciate your patience and understanding.

As you would expect, when you have the weakest box office weekend of the year, there isn't much to talk about. There were three new releases this week and they all performed below even their most dire predictions.

Burnt is a film starring Bradley Cooper as a hot-shot chef who gets humbled and then must work his way back to the top. Predictably, the heat was too much and the film is the one that got Burnt with a meager $5 million opening.

Our Brand is Crisis is the most head-scratching one of the bunch. It's a film that sounds an awful like Wag the Dog set in Bolivia with an all-star cast led by Sandra Bullock but the film couldn't even meander its way out of its own marketing paper bag. It debuted with a very disappointing $3.4 million.

Finally, Paramount continues its bizarre strategy to slashing the screens of their wide releases to spur a faster release on VOD with the latest victim being Scouts Guide to the Zombie Apocalypse. It's too bad because the film looks promising, but with only 1,509 screens no one got to see it, which helps to explain its paltry $1.7 million opening.

The Martian was able to maintain the top spot at the box office with just over $11 million, bringing its tally up to $182.8 million. The film should top the $200 million mark this weekend making it a great late Summer hit. Goosebumps finished in second place again with $10 million and is on pace to finish really close to $100 million.

It's but a Mixer wound!