'The Revenant' & 'The Martian' poised for Oscar showdown after Globes wins 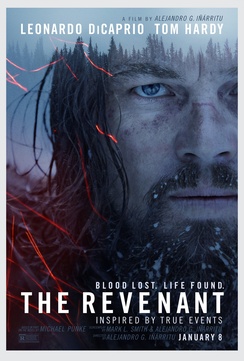 I am always a fan of the Golden Globes, because it's an awards show that knows how not to take itself so seriously. Case in point, it has hired Ricky Gervais four times now to be its host, despite his apparent disdain for the gig and pretty much everyone else in Hollywood.

Sure, you could say that it's all an act, but it's precisely his biting wit that makes the Golden Globes as enjoyable as it is. The Golden Globes also happens to be the awards show that is equally known for its free-flowing alcohol as it is for being a harbinger for Oscar glory.

If you are reading the tea leaves this morning ahead of Thursday's Oscar nominations, then I would buy a lot of stock in The Revenant and The Martian. The former snatched up three wins, including Best Picture, Drama and Best Actor for Leonardo DiCaprio, while the latter took home the Best Picture, Musical or Comedy and Best Actor (Matt Damon) Golden Globes.

The fact that the Hollywood Foreign Press can arbitrarily call The Martian a comedy is all part of the charm of this cherished awards show. In the only category in which the two films went head-to-head, director Alejandro Inarritu bested Ridley Scott, so I suppose the edge is with The Revenant.

What is clear is that both films seemed to pick up momentum as we reach the pinnacle of awards season. For The Revenant, part of that mementum is expressed in box office dollars as the film jumped out to second place with $38 million in its first weekend of wide release. Coincidentally, The Martian debuts on DVD and Blu-ray tomorrow and retailers hope to see a similar Golden Globes bounce at their register tills.

On the TV side of things, newcomer Mr. Robot made some noise by taking home the Golden Globe for Best TV Series, Drama the Best Supporting Actor win for Christian Slater.

In case you missed it, Ricky Gervais came out swinging and swigging as per usual and his litany of zingers met with a mostly warm reception. Check out his opening monologue below.

The full list of winners are in BOLD below.