Monday Mixer: What we missed the last two weeks 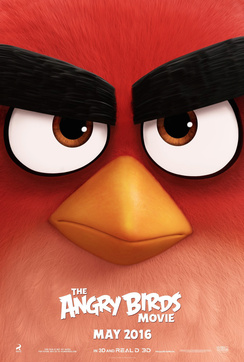 What did I miss?

Everyone needs to take time off. If not for your own personal wellbeing, it's a great way to recharge the batteries and come back reinvigorated for what is to come. And what is coming? The meat and potatoes of the Summer box office season.

Will any film be able to catch Captain America: Civil War? Will this Summer's box office rival last year's record numbers? I doubt any film will approach the singular standard set by Jurassic World, but can 2016 make up for it in breadth and depth?

I'm skeptical, but this weekend should give us a good idea at how the rest of the Summer will play out. But first, we have to look back at the last two weekends and see what I missed.

As I was getting ready to leave for vacation, two films failed to find a significant audience. First, Money Monster had everything going for it including star power in front of (George Clooney and Julia Roberts) and behind (Jodie Foster) the camera, and yet, it only managed a $15 million debut. The film had promise, but I think the message was lost somewhere along the way. Don't worry though, this film will find its audience on home entertainment.

The other film, The Darkness, is another in a long list of horror films that seemingly pop up out of nowhere and shrink back just as fast. It made $5 million in its first week and then lost more than half of that business this week. Next week, it will be long gone from the top ten and just another horror film footnote.

This past weekend was supposed to be a good barometer on the strength of the Summer box office and the results were lackluster at best. After the abysmal performance from Batman v Superman (as abysmal as $300+ million can be), this was the one weekend where we would start to get an idea about how much of Batman v Superman's failure was its quality and how much was due to a market dip.

After we added up the dollars and cents, we didn't really learn much. Sure, The Angry Birds Movie just outperformed its $35 million expectation with an estimated $39 million opening, but it just feels like it left money on the table. Yes, the opening is pretty impressive for a first film based on a video game. Yes, it blew away my modest expectations. And yet, I was thinking an opening closer to $50 million would signal a great Summer ahead.

Still, Angry Birds will end up with about $150 million as long as Finding Dory doesn't completely obliterate it in a few weeks.

The real loser of the weekend was Seth Rogen's Neighbors 2: Sorority Rising which debuted well below expectations. Not only that, but its $21.8 million opening is less than half of its predecessor. It's hard to make generalizations from any performance from a Seth Rogen film as they seemingly boomerang wildly from hugely surpassing to grossly failing to meet expectations.

That said, Neighbors 2: Sorority Rising will struggle to break the $100 million barrier.

Finally, Shane Black's latest The Nice Guys got a bump up in the release calendar and delivered an $11 million opening. It's a pretty good opening for a non-comic book movie from Shane Black and better than expectations, but I can't lie, I was hoping to see it closer to $20 million. As it stands, it will probably fizzle out around $35 million and kill (no pun intended) on home entertainment.

Well, that's it for this week. No hitters this week because, well, vacations have this strange effect of burying you in work when you return. So, I promise to return next week with quick hitters.