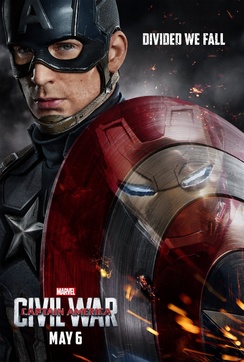 It's no secret that Disney is enjoying the sort of box office run that has sports fans reminiscing about the Jordan's Chicago Bulls or the early 1980s New York Islanders. Thanks to their "big three" (Pixar, Marvel and Star Wars), Disney has been crushing it at the box office for the last couple of years and nothing points to that changing anytime soon.

As one would suspect, their market share dominance has extended to home entertainment as people scramble to own their latest offerings. The next chance to own a piece of history is September 13, when Captain America: Civil War debuts on DVD and Blu-ray.

Available on a bare-bones DVD and special features-packed Blu-ray and 3D Blu-ray editions, Captain America: Civil War looks to continue the tradition of excellent home entertainment offerings from Marvel. The film recently broke the mythical $400 million mark at the box office, equaling the feat of previous Marvel films The Avengers ($652 million), Avengers: Age of Ultron ($459 million) and Iron Man 3 ($409 million) and currently is the highest-grossing film of 2016.

The aforementioned bonus features are quite impressive, totalling over an hour of extra content. The features included on the Blu-ray and 3D Blu-ray editions are listed below.