Best movies of 2017 that you don't know about yet: Noah's list 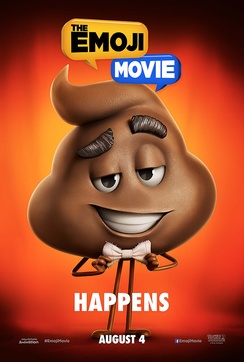 Hey guys, John Couture here. With Tim's departure from the site last year, we had to find someone gullible, er wise enough to help us fill out a few features on the site such as our top box office guesses and sleeper picks. That's where Noah comes in, he drew the short straw.

He has already performed admirably on the box office piece, but the real test is our annual sleeper feature. Will he be able hold his own against Dannette and me? Will this third person turn out to be like the drummer in Spinal Tap? Stay tuned.

No pressure here. In typical John fashion, he asked me to write a few paragraphs about myself but didn't really give me much direction. Oh well, this is on him.

My name is Noah Moran, I'm a Libra, I am a Fox Home Entertainment representative at Ingram Entertainment and I like long walks on the beach. What? This isn't that sort of introduction? Hmm, well then, I guess I can delete all of my turn offs and turn ons.

When it comes to my qualifications, I am a Die Hard (excellent Fox film by the way) Fantasy Movie League participant and I watch bizarre shows such as Moonshiners and Finding Bigfoot (he's totally out there).

I like to think of myself as a scary movie fan, but mainly just the Friday the 13th and Halloween franchises. I would say my three favorite movies of all time are No Country for Old Men, The Royal Tenenbaums, and Wristcutters: A Love Story.

My sleepers consist of movies that I thought would have solid box office success but fall outside of the top 25 or so. Some of the ones I picked are no brainers, but a few will be sneaky good. Sneaky good means they might make less than $50 million at the box office, but they were probably made for $7.

I think Alec Baldwin was the perfect pick to play the baby in this film. As long as the other Baldwins donât have roles in this movie, it should do just fine.

Why it might fail: There's a great joke in the trailer above about cookies being for closers, which is a direct reference to the iconic quote from Alec Baldwin in Glengarry Glen Ross. Obviously that joke is supposed to hit with the parents bringing their kids to see the film, but I was the only one laughing in the theater when that trailer played.

This is a documentary about pandas... and it's a Disney film. Thatâs all you really need to know.

Why it might fail: These Earth Day Disney IMAX films have been doing progressively worse each year. Will this finally be the year that people stop caring?

This movieâs cast will do most of the heavy lifting. The Rock, Priyanka Chopra, and Zac Efron will be enough to get a pretty good box office. It should also have a nostalgia factor... at least for the people around my age.

Why it might fail: About that nostalgia factor, what if I'm getting too old? It's possible that millennials see through the cheesiness of Baywatch and recognize it as the questionable cinematic fare that it is.

Remember the success Bad Moms had last year? Well, this movie is the same, but with dads. Thereâs no reason why it couldnât have the same impact Bad Moms had. I expect a nice little summer comedy.

Why it might fail: Do you remember The Hangover Part III? Yeah, Bad Dads could simply be a series of bad jokes that fail to hit and only serve to kill the franchise. Speaking of the franchise, after announcing Bad Dads, STX announced Bad Moms Christmas for a November 2017 release. So, is Bad Dads still happening?

I have mixed feelings about this one. The concept seemsâ¦ well, not good. The trailers on the other hand have been pretty funny! Angry Birds made over $100 million at the box office, so I think anything is possible.

Why it might fail: This is a movie that has a character that is literally a pile of poo. Can Sony get enough young kids to put down their phones long enough to watch it in theaters? That remains to be seen.

This probably shouldnât be a factor, but I really enjoyed the first film. I don't know much about Bill Skarsgard but if he's a good Pennywise, this could turn out to be a good sleeper pick. I think It has a decent fan following, so as long as it's decent and in enough theatres it could surprise.

Why it might fail: Do we really need another version of It? And remakes of Stephen King films don't exactly have a great track record. Tim Curry is a tough act to follow.

There is no reason for me to think that kids wonât love a Lego ninja movie. 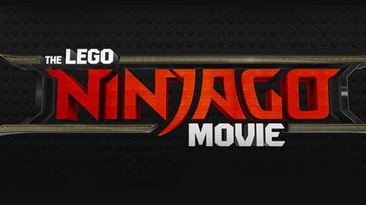 Why it might fail: Lego is hot, but what if Lego Batman is terrible? OK, that's not going to happen.

This may be just wishful thinking. I'm a big fan of the franchise, and it seems like they have been working on this movie for 5 years. That should mean it's going to be good right?! Plus I love the current theatrical date... 10/13. Hard to beat a Friday the 13th in October.

Why it might fail: The film's release date has been pushed back at least three times, so with filming set to start this Spring, there's no guarantee that the film won't get pushed yet again.

Murder on the Orient Express

I've already been hearing some good stuff about this film. It stars Johnny Depp and Michelle Pfeiffer, so that's good star power right there. Also, Daisy Ridley was in a little film called The Force Awakens that you may have heard of.

Why it might fail: What's more relevant in 2017? Agatha Christie or trains? What? Neither? Uh-oh.

The original film came out over 20 years ago and did just a bit over $100 million. I havenât heard much about this one, but itâs not set to come out in theatres until December.

Why it might fail: Robin Williams was the face and spirit of the original Jumanji, so his untimely death might cast a pall over the entire project. Of course, the film's target audience probably doesn't even know who he was.