Review: 'The Hunter's Prayer' is familiar but forgettable 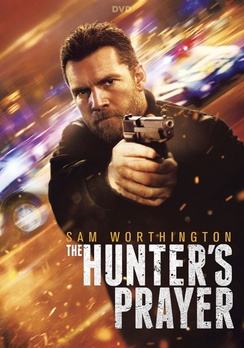 The film is a polished gem that rises to the top of the B-movie heap but falls short of breaking through to the next echelon. I think the main problem that I have with the film is the rather wooden performance given by lead Sam Worthington. Ever since he scored the lead in Avatar and broke into mainstream recognition, it seems that he has been passing the time until the oft-delay sequels to that film start filming by turning in varying levels of performances in sometimes questionable choices of films.

For instance, I thought he was great in Man on a Ledge, but mostly he's been phoning it in time after time. Clash of the Titans, Sabotage, Drift, I could go on, but why waste your time and space in this review?

I get it. Hitmen are supposed to be stoic and hard as steel, but when you're trying to spin a yarn about a hitman with a heart, it's usually best to, you know, actually show a side that the audience can cheer for. I hate to keep bringing up Leon, but Jean Reno struck this balance perfectly and the emotional journey that his character travels is all the better for it.

Here, Sam Worthington seems to channel his inner Jason Bourne and it leads to a bit of disconnect when he refuses to kill Odeya Rush's character. Is he truly turning over a new leaf, or is there a more sinister plan in play? This disconnect undercuts the third act a bit and I feel that the film is worse off because of it. Speaking of Odeya Rush, I think that her performance is one of the brighter spots of the film. I have long been of fan of hers and it's good to see her stretch her acting chops a bit and the results nearly save the film single-handedly. Another aspect of The Hunter's Prayer that I enjoyed was the varied international flavor of the locations. It would have been easy to film it all in one spot or another and simply force a location change, but adding that international flair really makes the film seem more worldly. I know this seems weird, but the film that I thought of when watching The Hunter's Prayer was Ronin. Obviously, the stories and tones are completely different, but the international flavor of the varied shooting locations elevated both movies beyond what they may have been had they only shot in one country. The best thing that I can say about The Hunter's Prayer is that it is very familar and if you are a fan of international hitmen films, then it won't disappoint. Personally, I'm always looking for something different and an odd twist, so I was a bit disappointed by the rather straight forward action. It is based on a book and while I have not read it myself, I hear that Sam Worthington's character in the book is given more emotional weight and internal struggles to overcome. While that might be difficult to project to the big screen, I would think that a more worthy actor would have been able to make his character more sentimental. I think this could have gone a long way to salvaging the other worthy parts. In the end, it was a film that did its best to hold my attention, but ultimately I won't be surprised is I forget it completely in a few months. The Hunter's Prayer is now available on Blu-ray and DVD.