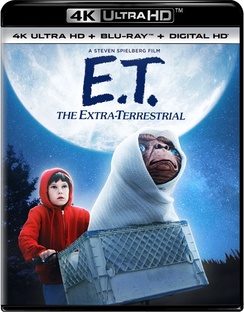 This year marks the 35th Anniversary since the release of E.T.. Thirty-five years. After you get over the sudden realization that you're old, you'll realize just how much our lives have changed in the last 35 years.

I was one of those kids lucky enough to see E.T. in theaters when it came out in 1982, and at eight years old, I was the perfect demographic for Steven Spielberg's iconic film. While, as an adult, I was able to go back and discover his earlier films Jaws and Close Encounters of the Third Kind, E.T. was my Steven Spielberg gateway film.

Naturally, I do what I do today because of his early influence on me and the way that his films are able to connect on a human level whether the main protagonists are sharks, aliens or even dinosaurs. Steven Spielberg is a master storyteller and that trait is perhaps never demonstrated as vividly as it is in E.T..

Truly inspiring filmmakers are the ones that not only entertain but also speak to a new generation of filmmakers and I'm not sure if there's a larger influence on film in the last 20 year than Spielberg. Put simply, he is a master and that expertise was on display early on and even in a film such as E.T. which, at the time, represented a departure from his normal fare.

Of course, E.T. was simply the beginning of his love affair with family friendly films that truly spoke to the very core of what it means to be human. One might think that it's ironic that he would choose a benevolent alien to display these human ideals, but it's actually peak Spielberg.

So, you can imagine that I was pretty pumped by the opportunity to review the 4K UHD Blu-ray version of the 35th Anniversary edition of E.T. That's a mouthful, but I'm happy to report it the film not only holds up well, but the new 4K transfer and HDR deliver the film in the best quality since its debut way back in 1982.

Let's face it, the film features a bunch of scenes set at night and/or in low light which have been over or under exposed depending on the format and process and they stick out like a sore thumb on the previous incarnations. Here, there is a true color grade and the ambient blacks are rich and textured to present more consistency from scene to scene.

The overall result is that the emotional impact of the darker scenes is preserved for the first time since 1982. The DTS:X audio track is very similar to the previous versions and it does an admirable job of presenting John Williams' score in a way that true genius deserves.

This might be a small point, but I have to admit that it was the one thing that I was looking for the most during my review. You'll be relieved to know that the guns are back in the film. After taking criticism for his decision to replace guns with walkie-talkies, Steven Spielberg has gone back to the theatrical version of the film and all is right again in the world.

For those that wonder how it holds up to new, younger audiences, I can report that my kids were absolutely riveted by the film. It was their first time watching it and they were completely immersed in the film and after it was done, they asked where they could get their own E.T. I foresee a costly shopping adventure in my near future.

There are actually two 4K UHD Blu-ray versions available, the limited edition that comes with a remastered CD soundtrack of the film and a collector's booklet filled with behind-the-scenes stories and rare images from the archives and the standard 4K UHD Blu-ray that includes a Blu-ray version and digital version. I did not have the opportunity to review the materials of the limited edition version, but for a few extra bucks, it seems like it would be a worthy investment.

As it stands, the 4K UHD Blu-ray is the definitive version of E.T. and worth the cost of upgrading to the new format. Universal is truly going all out with this anniversary celebration. E.T. will enjoy a small theatrical run next week and they have even created a SnapChat filter, if you're into that sort of thing. If you use the E.T. snap, send us a shot and we'll update the story. 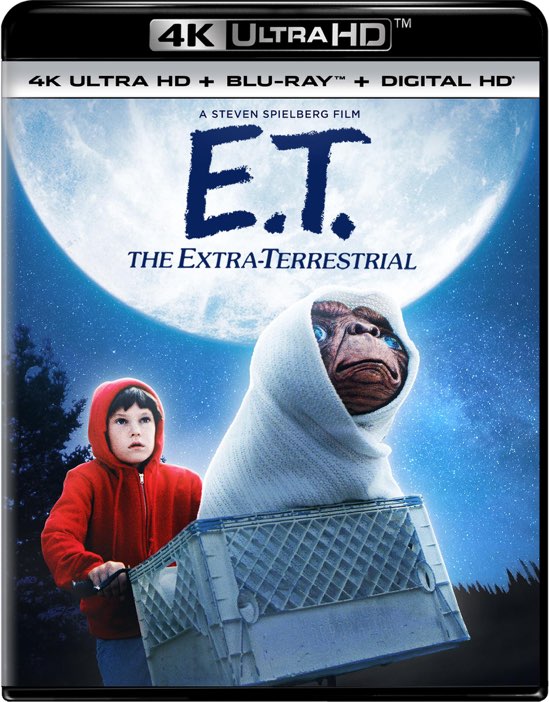 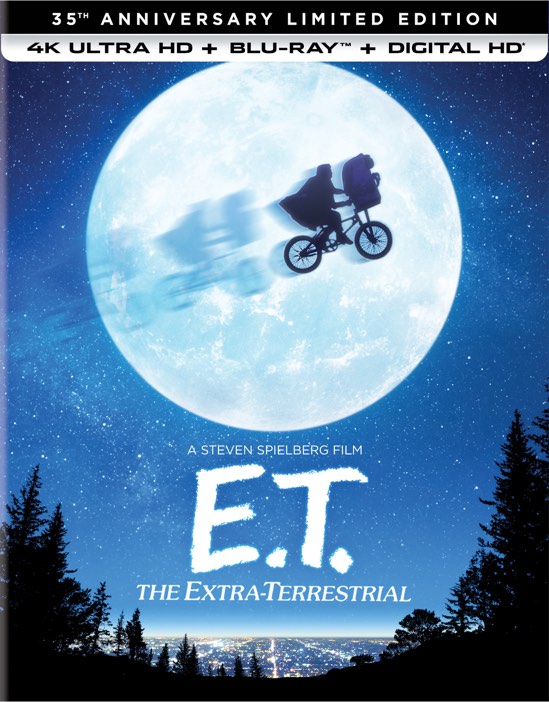