Review: '47 Meters Down' dumbs down the shark genre 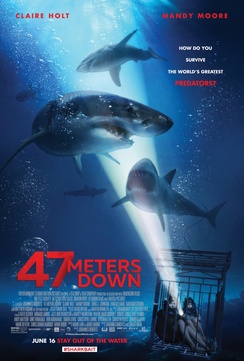 First, we have to admit that, indeed, shark movies are a genre all to themselves. Each year, whether it's the latest Sharknado or something more original, the simple fact is that multiple shark films are released each and every year.

Sure, we can trace the origin of this trend back to 1975 and Steven Spielberg's film Jaws, but the proliferation of shark films is shocking, to say the least. Look, I get it. Sharks are scary and the uptick in their real-world attacks over the last decade has provided these films with instant marketing potential, but enough is enough.

Someone needs to draw the line and I'm willing to do it right here and now.

When I popped 47 Meters Down into the Blu-ray player, I had high hopes. I really enjoyed Open Water and this film seemed to take the isolationist fears of that film and combine them with the real terror of death by shark. Unfortunately, the film lacks any of the serious bite that many of its predecessors possessed.

Mandy Moore has had quite the career renaissance thanks to her compelling performance on the TV series This is Us, but this film most certainly preceded last year's TV success. This is the type of performance that a star would look back on and shudder, thankful for the paycheck but nary much else. Case in point, here is a sample of Moore's not quite ready for awards season dialog. "Does my butt at least look OK in this?" Yeah, I'm pretty sure that 47 Meters Down won't be winning the Oscar for Best Screenplay this Winter. Although, that's not to say that Mandy Moore and fellow TV star Claire Holt are wasted in the film. Quite the contrary, bad dialog aside, they do an admirable job of conveying the real fear of being at the bottom of the ocean with sharks circling. Unfortunately, the film is so tedious before the women get into the water that many will abandon it before the good stuff shows up. The premise is simple, but the forced plot arcs such as Mandy Moore's character's breakup only add to the tedium and submarine a decent late twist that almost salvages the film. The film is at its best during the last 42 minutes, unfortunately, it's the first 47 minutes that sinks the film (quite literally). 47 Meters Down is currently available on DVD and Blu-ray. 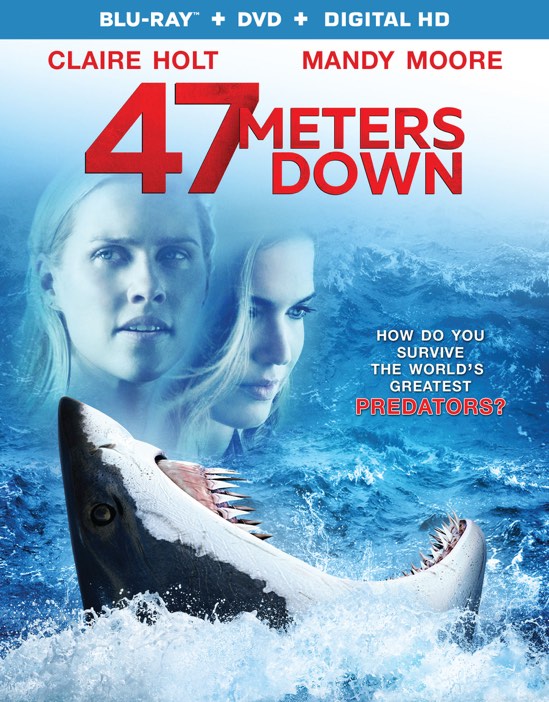 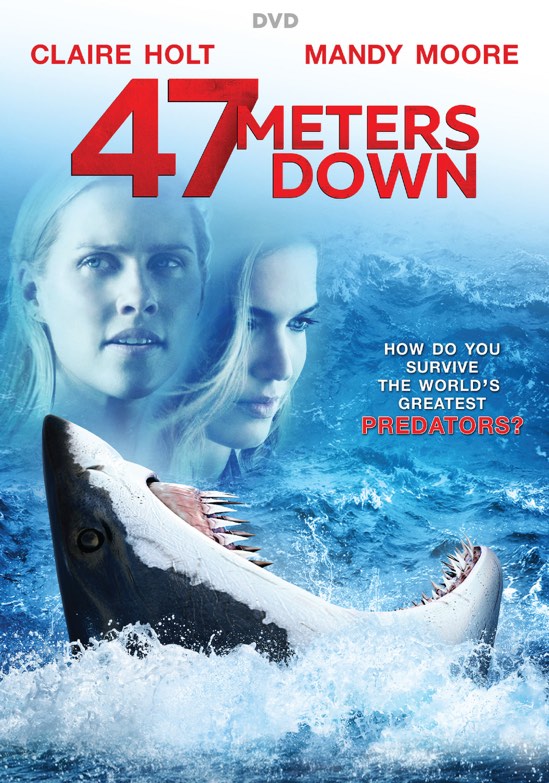