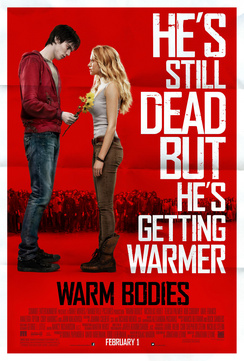 I remember watching this film when it came out in 2013 and thinking it was going to be the next Zombieland. In fact, I'm sure given that Warm Bodies came out a few years after Zombieland, Summit Entertainment was hoping for the same thing.

They both enjoyed similar box office success (between $66 and $75 million), but audiences seemed to hold Zombieland high with reverence while they barely talk about Warm Bodies. This is a shame. Both films capitalize on the zombie fervor to tap into the inherent black comedy that is often lacking in more serious zombie fare such as The Walking Dead or World War Z and the result is brilliant.

If you haven't seen Warm Bodies and consider yourself a fan of this micro-genre that includes the aforementioned Zombieland, Shaun of the Dead and Fido among others, then you must correct this travesty ASAP. If you happen to see it on the recently released 4K UHD version, even better.

Now, don't get me wrong, this film has its flaws. What film doesn't? But, upon watching it again for this review, I was blown away at just how well the film holds up. Sure, it's only been four years, but sadly many films released today don't have the shelf life to make it to their own home entertainment release.

I remember thinking after my first viewing that Teresa Palmer would finally get more widespread acclaim, but a handful of years later, she is still an afterthought when it comes to young Hollywood actresses. She probably plays the most normal character in the film and the audience will identify with her despite Nicholas Hoult's R character being the lead that gobbles up all of the film's ongoing narration. Interestingly, it is Hoult who has seen his career take off in the last few years, mostly thanks to the success of the young X-Men films. Obviously, it takes a great deal of skill to make an undead zombie not only a likable character but one that generates genuine audience investment. Look, Rob Corddry's zombie is hilarious, but he doesn't rally the audience as much as R and Nicholas Hoult's charm is a major reason for this disparity. Getting around to the 4K UHD version, the film does have a surprising amount of action sequences that lend themselves to the new format. I was shocked because while these scenes certainly add to the film, it's the budding romance between a living human and a zombie that creates the most memorable scenes. There are a fair number of dark scenes, especially in the airport during the first half of the film. The HDR of the 4K UHD present these sequences with greater clarity and better transitions in the shadows. The contrast to the Blu-ray version is quite striking and one that will only help to sell this new format as the premier home entertainment option. The Dolby Atmos audio track is a nice robust improvement over the Blu-ray's 7.1 DTS track and you can really tell the difference in the sequences involving the Boneys. The ending, in particular, is one that really resonates more on the 4K UHD version. Also, the quiet surrounding R's first heartbeat is such that it elevates this scenes and underscores the emotional impact that the film is intending. The only thing underwhelming is something that is becoming a broken record for these catalog reissues on 4K UHD, the bonus features. I mean I get it. You have the Blu-ray lying around with a plethora of older content on there, but is it wrong that I want more? I do know one thing. When it comes to time to buy Star Wars on 4K UHD, there had better be new bonus content on there. OK fine, who am I kidding? I'll be first in line to buy Star Wars when it comes out on 4K UHD. Warm Bodies is now available on 4K UHD and if you have never seen it, you really do need to check it out. If you are like me and already own it, there's not much here to compel someone to upconvert, but let's be honest, people like me are few and far between and I'm sure you're all thankful about that. 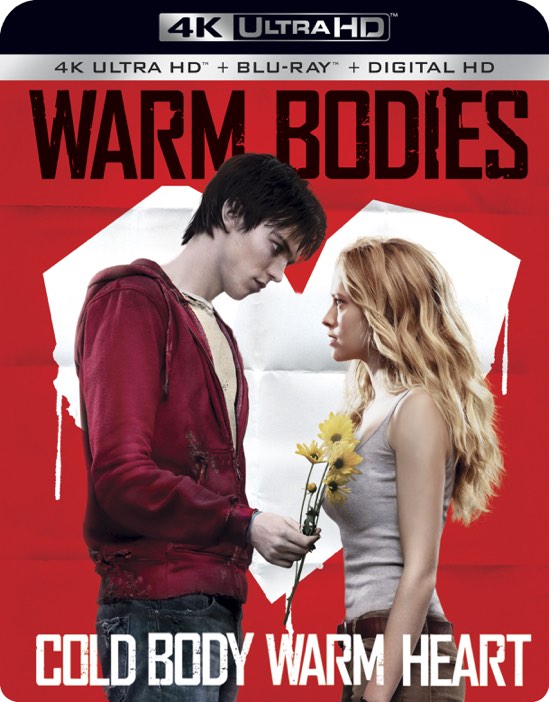