Forty-three years ago last week, Steven Spielberg introduced the world to its greatest water-bound fear, sharks. Whether intentional or not, Jaws not only revolutionalized movie distribution with the introduction of the summer blockbuster, but also instilled fear of the Great White into an entire generation of youngsters.

I was barely six months old when Jaws debuted at theaters, but that didn't stop the movie from creating an inexplicable fear of sharks in me. Case in point, when I was a child, I was convinced that a shark was going to swim up the toilet and bite me on the back end.

Thirty years ago, the fledgling cable network The Discovery Channel (now simply Discovery Channel) debuted a week's worth of shark content loosely cobbled together under the banner of "Shark Week" and the rest, as they say, is history. While I was never one to be seduced by the lure of Shark Week, I am in the minority. There is no denying that Shark Week has become a cultural phenomenon celebrating its 30th anniversary in a couple of weeks.

Thankfully, if you're like me and need a refresher course on what the network has created in the last thirty years, Lionsgate has you covered. This week they released Shark Week: Sharktacular Adventures and Shark Week: 30 Years (a Walmart exclusive until September 4) to help you get caught up for this year's installment which kicks off on July 22. If you're a diehard fan, these two collections are a must own to relive the best shark entertainment from the Discovery Channel in the last 30 years.

The Discovery Channel is an odd hodgepodge of programming that has evolved over the years from its roots as a pure scientific documentary channel to a channel that has embraced the expanding potential of reality TV. Now, you can get everything from Mythbusters to American Chopper to Naked and Afraid. But, none of these shows can hold a candle to the attraction of sharks.

In fact, Discovery has recently found ways to cross-promote their other shows during Shark Week with interesting results. Sure, having Mythbuster hosts Adam Savage and Jamie Hyneman host the week made sense, but this year, they are stretching a bit with a shark-themed episode of Naked and Afraid.

Yeah, I think that just about sums up all of my fears wrapped into a single two-hour event. Of course, not all of Shark Week's programs have been wildly successful. Like many other cable channels, they have occasionally dipped into pseudo-science over the years. One of their most watched shows ever during Shark Week, Megalodon: The Monster Shark Lives, came under criticism from scientists for being misleading. Since then, the Discovery Channel has vowed to keep their Shark Week shows more science and less other stuff, but that hasn't stopped them from marketing their tentpole event week like crazy.

For instance, Shark Week: Sharktacular Adventures is packed with 18 episodes that ran during Shark Week 2017 including the infamous show where Michael Phelps raced a great white shark. Many people tuned in, myself included, to see the Olympic champion get into the water with the ferocious beast only to be disappointed when the race turned out to be a computer-generated contest. Looking back, it was silly to think that Micheal Phelps would risk his life for a silly TV stunt, but part of me was hoping there would have been some way that they could have pulled it off safely.

The Michael Phelps fiasco aside, last year's event was filled with some great moments and featured user home videos for the first time ever. True to their promise, the shows focused more on the scientific aspects of the magnficent beasts and less on the sensational stories. Of course, that doesn't mean that there wasn't plenty of drama to go around.

This year, they have tapped a slew of celebrities around a campaign of confusion such as Shaun White, Shania Twain and Shaq. I have to admit, the commercials are funny, but I'm not sure that it will move the needle much for people like me.

No joke, it's almost #SharkWeek!

July 22. Clear your calendar, @ShaniaTwain. This one's for the sharks. pic.twitter.com/k3WuPKgAPf

Hope @shaunwhite is as good in the water as he is on the slopes. #SharkWeek begins July 22! #SoClose pic.twitter.com/vBKZJVbzF7

Thanks to @SHAQ, we have decided that Shark Week will now be called....... Shark Week. ðð¦ pic.twitter.com/WEtnnRkt0Q

And yet, I don't think Discovery will have any trouble finding viewers in a couple of weeks. To get a better understanding of the Shark Week phenomenon, you only have to dive into Shark Week: 30 Years. This combo pack is chock full of episodes all the way back from week one to the present. In particular, I really enjoyed "How Jaws Changed The World" as it really resonated with me and my own experiences with the iconic film.

Discovery knows that they have a cultural phenomenon on their hands and their annual Shark Week signals that summer is starting to wane and soon yet another Sharknado film will air on a rival network. Shark Week put Discovery Channel on the map and they continually reward their viewers with fun and interesting shows each and every year. The two latest compilations Shark Week: Sharktacular Adventures and Shark Week: 30 Years are great additions to anyone's film library whether they are super Shark Week fans or simply someone like me who is still a bit weary of getting into the water. 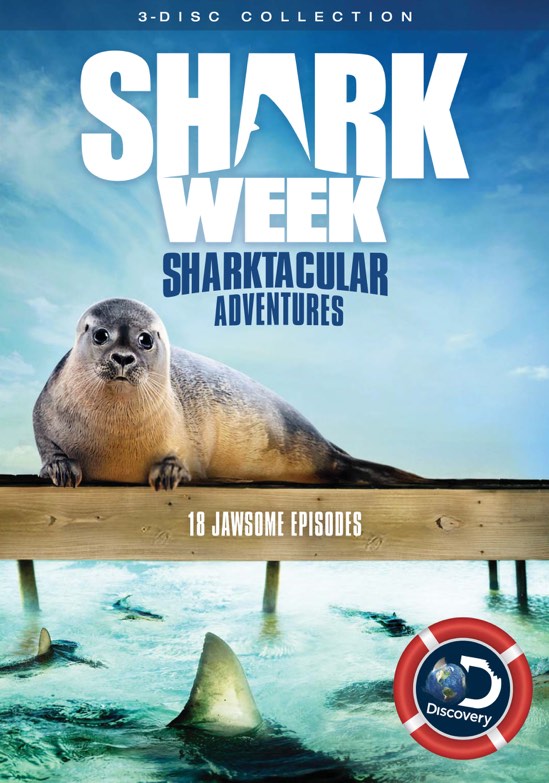 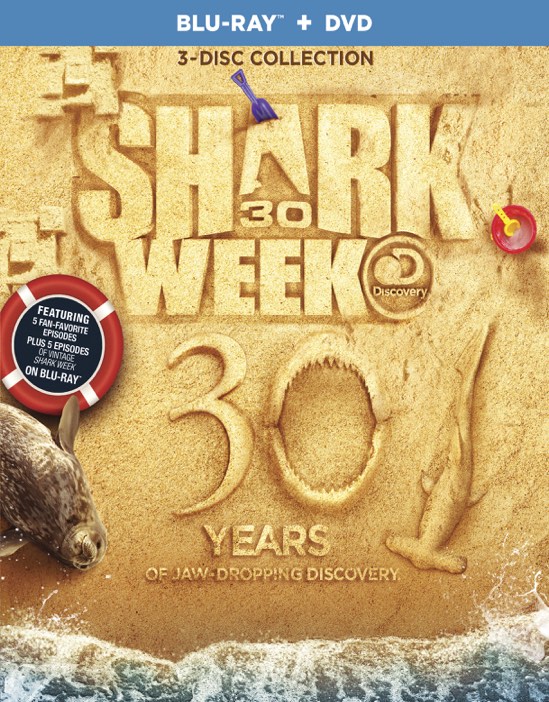